• Some of the bills affected include the Computer Cyber Crime Act and Finance Act 2018.

• In the case, the Senate had moved to court challenging the decision by the National Assembly to pass bills without their input. 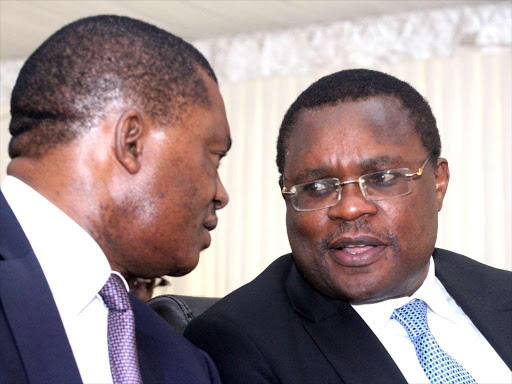 The High Court has nullified 23 bills that were passed by the National Assembly without involving the Senate.

A three-judge bench on Thursday ruled that the Speaker of the National Assembly must involve his Senate counterpart.

Some of the bills affected include the Computer Cyber Crime Act and Finance Act 2018.

“We are properly guided and in the circumstances of this case shall suspend our orders to nullify the impugned acts for a period of nine months within which period the National Assembly ought to have complied with provisions of Article 110 of the constitution and regularized this Acts and in default, they stand nullified,” the court ruled.

Justices Jairus Ngaah, Antony Ndungu and Teresiah Matheka unanimously ruled that one speaker cannot unilaterally make a decision to whether a bill does or does not concern counties.

The court further held that it is mandatory and a constitution precedent for any bill that is published by either House to be subjected to a concurrence process to determine in terms of article 110 (3) whether the bill is special or an ordinary bill.

Adding that, “And that such a determination is more dependent on a question arising to whether the bill in one that concerns counties."

In their case, the Senate had argued that Speaker Justin Muturi did not seek the concurrence of the Speaker Kenneth Lusaka as to whether the impugned Acts then bills concerned counties or not.

The senators accused Muturi and the MPs of overlooking and undermining them when it came to matters legislation.

The Senate had moved to court challenging the decision by the National Assembly to pass bills without their input.

On the cost of nullifying the Acts, the judges said the National Assembly should have thought about that before they passed the bills without Senate.

The National Assembly had argued that nullifying the acts would be a huge loss on the state considering the costs involved.

The impugned Acts that have been nullified are;

The court further ruled that the amendment to Section 4 of the Kenya Medical Supplies Act is contrary to the law and is therefore unconstitutional thus null and void.

However, the court has suspended their ruling nullifying the Acts for a period of nine months.

Senators have been embroiled in a long-standing dispute with the members of the National Assembly over the role of the Senate on matters legislation.

They have often accused their colleagues in the National Assembly of ignoring and undermining them.

On the other hand, the National Assembly claims Senators are overstepping their mandate and duplicating the roles of Parliament.