The sanctions had stopped any transactions using US currency or products.

• The sanctions had stopped any transactions using US currency or products.

• For 23 years, international banks would not operate in Sudan, state companies were largely unable to get spare parts. 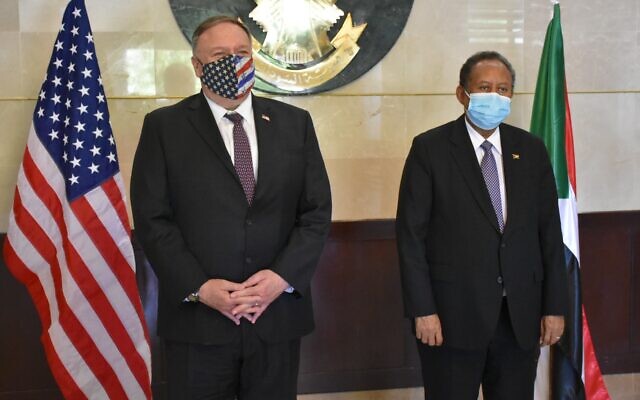 The US government on Monday lifted the 23-year sanctions on Sudan after providing assurances that it will not support acts of international terrorism in the future.

President Donald Trump in a statement said the move came after Khartoum settled a $335 million compensation claim to victims of terror attacks.

“Pursuant to the Constitution and the laws of the United States, and consistent with sections 1754(c) and 1768(c) of the National Defense Authorization Act for Fiscal Year 2019 (50 U.S.C. 4813(c) and 4826(c)), I hereby certify, with respect to the rescission of the determination of August 12, 1993, that the Government of Sudan has not provided any support for acts of international terrorism during the preceding 6-month period,” Trump said in the statement.

The sanctions had stopped any transactions using US currency or products.

This meant that any business which operated in the US would not be able to trade with Sudan.

For the past 23 years, international banks would not operate in Sudan, and the state and companies were largely unable to get spare parts for things like airplanes or vital health equipment.

With this development, Sudan is now free to enter business deals with the US and major Western firms since 1997 when the sanctions were imposed.

This includes seeking credit from major global lenders, inviting investors to the country and buying spare parts to renovate its ageing industries and aircraft for the national carrier.

Khartoum under the transitional government of Prime Minister Abdalla Hamdok was forced to backpedal in order to win over the US government.

Among the conditions it met is the depositing of $335 million for compensation of survivors and family members of anti-US attacks that took place when ousted President Omar al-Bashir's regime welcomed Al-Qaeda.

The attacks include a twin bomb blast at the US embassies in Kenya and Tanzania in 1998.

Another condition was the establishment of relations with Israel and the setting up of democratic institutions.

In August this year, US Secretary of State Mike Pompeo 25 flew from Israel to Sudan to meet Prime Minister Abdalla Hamdok.

The agenda was a discussion on the possibility of Washington removing Sudan from the list of state sponsors of terrorism.

“We had a direct and transparent conversation regarding delisting Sudan,” Hamdok tweeted after the meeting.

Sudan had been urging the US to remove it from the list since her inclusion in August 1993. The country has also been under diplomatic sanctions by the UN since 1996.

Sudan’s terrorist connection traces back to the 1990s when Osama Bin Laden built a training camp in the country and established a business and finance network between 1991 and 1996.

The meeting happened two weeks after Hamdok received a call from Pompeo and discussed progress in delisting Sudan from the sponsors of terrorism list.

The call followed another on June 24, when the two leaders reviewed progress towards addressing the policy and statutory requirements for consideration of the rescission of Sudan’s State Sponsor of Terrorism designation.

Days after assuming office in August last year, Hamdok said he had initiated talks with US officials about removing Sudan from Washington’s list of countries sponsoring terrorism.

Removing Sudan from the list would open the door to foreign investment and allow the country to receive a much-needed International Monetary Fund and World Bank bailout package, Hamdok said last year.

It, however, began a formal process to delist Sudan in January 2017, lifting trade and economic sanctions in October. But the process was put on hold when mass protests began in December 2018.

This now means Sudan will close the offices of foreign groups designated as terrorists by the US, including Hamas and Hezbollah.

U.S. to consider sanctions in case of more Sudan violence