Factory to remain closed for 7 days pending an agreement to be arrived at on air quality.

• The factory will not be allowed to conduct operations for the next 7 days pending an agreement to be arrived at on the methodology of assessments of ambient air quality.

• The two parties will then be expected to submit a report on the agreement to the tribunal by September 4. 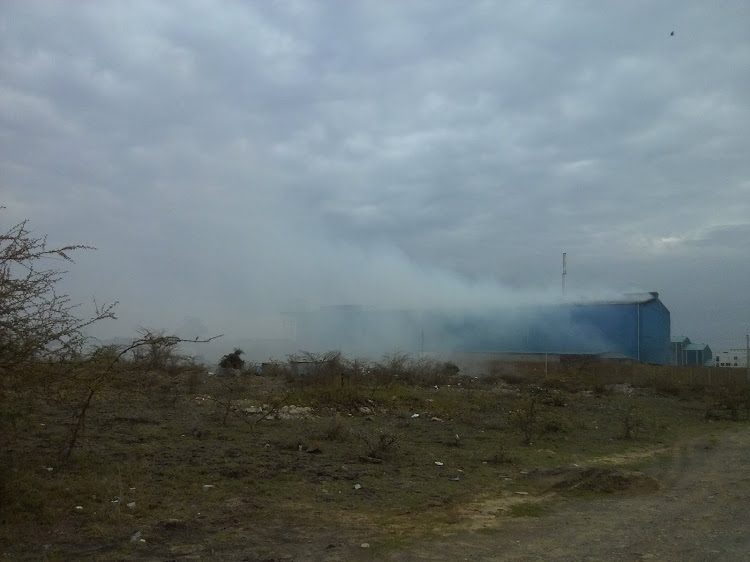 Endmor Steel Millers Limited in Machakos county has been closed, again, weeks after Governor Alfred Mutua's government had given the go-ahead for its reopening.

The closure follows an application made by Nema’s environment Tribunal.

According to the authority, the factory will not be allowed to conduct operations for the next seven days pending an agreement to be arrived at on the methodology of assessments of ambient air quality.

The two parties will then be expected to submit a report on the agreement to the tribunal by September 4.

This is the second closure after Machakos County in July closed the company and suspended its business licence following complaints of pollution.

Members of the public raised concerns over the approval of the miller’s operations in a residential area, alleging links to a girl’s death and respiratory diseases suffered by many.

An expose by Citizen TV titled “We can’t breathe” led to public uproar as the National Environment Management Authority (Nema) was blamed for the company's continued operations.

“After complaints by the public, I dispatched my Environment minister on June 26, who carried out an inspection at Endmor and looked into the complaints of pollution,” Governor Alfred Mutua said on Monday.

“We are made to believe that there is a matter between Nema and the company in court but my government is not party to it,” he said, noting it is of great public interest.

Governor Mutua, then said the company would only be reopened and the suspension lifted if it complied with laid down regulations.

Mutua said the company should endeavour to stop the pollution by adopting clean production processes.

“Occupational health and safety standards and protocols must be put in place to the satisfaction of Nema and Machakos County,” he said.

Last year the Star ran another expose on how the factory had put the lives of many residents at risk but nothing was done.

They complain emissions of particulate matter are beyond the levels recommended by the World Health Organisation and violate the Environmental Management and Coordination Act (EMCA), 1999. Particulate matter is visible smoke, dust, soot and other solid particles, and liquid droplets invisible to the human eye.

In his letter to Endmor, Nema deputy director general David Ongare said, “Because of the serious environmental and health risks posed by the facility to the surrounding community, the authority considers that your current operations are contravening Article 42 of the Constitution of Kenya, which guarantees everyone a clean and healthy environment.

The owners were also required to undertake comprehensive public participation with the residents and to address their concerns.

However, Endmor fought back and appealed the order at the environment tribunal, which is constituted by the Environment ministry.

12,000 residents are sick and tired of pollution from a smelting factory.
News
3 years ago
Post a comment
WATCH: The latest videos from the Star
by PATRICK VIDIJA Investigative Journalist
News
27 August 2020 - 15:46
Read The E-Paper