Recovery seems to offer immunity against the virus, but scientists don't know how long it lasts.

• This is a revision from the initial analysis released early last month, which showed 2.6 million Kenyans were exposed to the virus, based on antibody tests on 2,535 samples.

• Scientists say there is no evidence recovered patients can be reinfected with SARS-CoV-2, the virus that causes Covid-19. 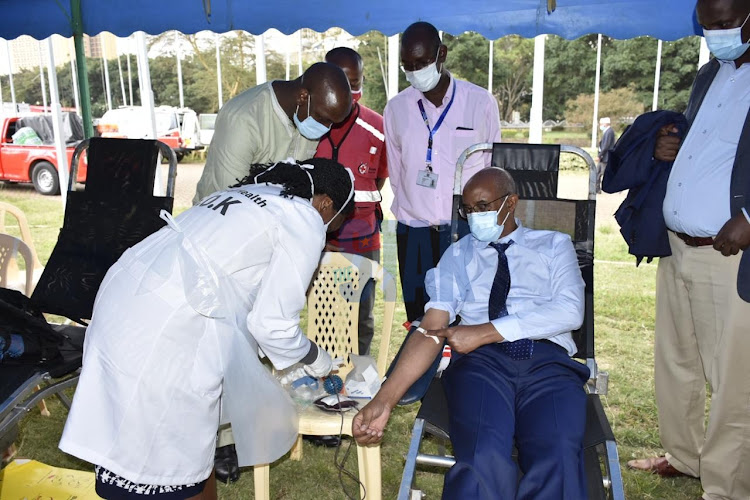 The number of Kenyans possibly infected with Covid-19 has been scaled down to at least 1.6 million after further analysis of antibody tests.

Exposure in the entire population could be higher because the 1.6 million are only those aged 15 to 64 years as at June 16.

The analysis, done by scientists from the Kenya Medical Research Institute-Wellcome Trust in Kilifi, has been endorsed by the Ministry of Health and submitted for publication to a medical journal.

"The seroprevalence research is ongoing among several other cohorts of the population to enrich the preliminary data and will be submitted when ready," he said.

The initial analysis released early last month had showed 2.6 million Kenyans were exposed to the virus, based on antibody tests on 2,535 samples of donated blood.

This time the researchers analysed 3,098 samples of blood donated by Kenyans aged 15 to 64 years between April 30 and June 16.

Before the blood draw, donors gave individual consent for the use of their samples for Covid-19 research.

"We estimate that one in 20 adults in Kenya had SARS-CoV-2 antibodies during the study period," the researchers say in the final analysis for this age group.

They estimated the country's population at 53 million, 57 per cent of which is aged 15-64 years.

The adjusted national prevalence was fixed at 5.2 per cent.

"A seroprevalence of 5.2 per cent would therefore suggest approximately 1.6 million infections among 15-64-year-olds in Kenya," the paper says.

When the last blood samples were collected, Kenya had only 2,093 Covid-19 cases and 71 deaths reported through the national screening system.

Covid-19 antibodies appear within one to three weeks after symptom onset.

They are weaker in people with fewer symptoms and those with no symptoms. Ninety per cent of Kenya's Covid-19 patients at that time were asymptomatic.

Kemri says their Elisa test for the antibodies had a sensitivity threshold of 83 per cent and a high specificity of 99 per cent.

Scientists say there is no evidence recovered patients can be reinfected with SARS-CoV-2 (the virus that causes Covid-19) and anecdotal reports of reinfection may be cases of drawn-out illness.

On July 15, DG Amoth confirmed Kenya had not recorded any case of reinfection.

"We have not recorded reinfection yet, however evidence from other contexts show that there is a possibility of reinfection. We therefore urge all those who have recovered to continue taking precaution," he said.

Anti-SARS-Cov-2 antibody surveys can be used to monitor the spread of the pandemic across the population and to inform mathematical models that predict the course of the epidemic.