The road is one of the World Bank's urbanisation projects to upgrade the resort town.

• They want residents views sought before embarking on such projects.

• Chai says if their request is not heeded, they will take the legal action to ensure their demands are met. 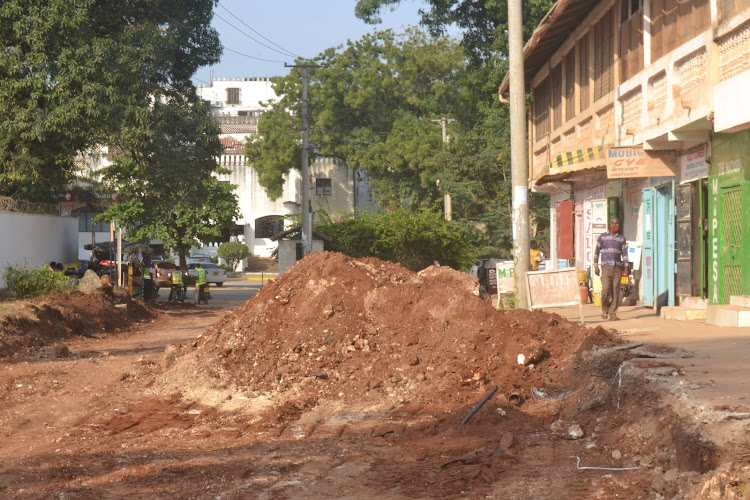 The Malindi business community has opposed the tarmacking of Barclays-Mtangani road. They instead want it constructed using cabro.

The road is one of the Sh230 million World Bank urbanisation projects to upgrade the resort town.

The traders made the move after the Malindi municipality board gave work to a contractor to tarmac the road at a cost of Sh67 million. Construction is going on and the road is expected to be completed in less than six months.

Led by hotelier Phillip Chai, the Malindi Progress Welfare Association members said they want the road to be done according to the wishes of the people.

"We want the road to be constructed using cabro," he said.

Chai said he does not understand why the road is being tarmacked since all roads in the area from Majengo to Surahi restaurant, BP, Kichinjoni to Galana Hospital have been constructed using cabro.

He said the authorities should seek residents views before embarking on the project.

Chai said attempts to get minutes of the municipality board or the Bill of Quantity for the road have been unsuccessful.

He said if their request is not heeded, they will take the legal action to ensure their demands are met.

Early this week, Kilifi county engineer in charge of the road project Hatmy Nurein and Malindi town manager Silas Ngundo confirmed that the road would be tarmacked.

Nurein said the work is supposed to take six months but the contractor has promised to complete it in three months.

Ngundo said the project would benefit many businesses in the area.

He said during the rains, a section of the road gets flooded, inconveniencing guests and residents.

"Many visitors do not go to the hotels in the area because of the flooding but this is expected to change once the road is completed," Ngundo said.