What have we done with Covid-19 billions? - Virus positive PS

• PS says none of  his contacts have been reached by the government.

• Days before virus arrived in Kenya, Macharia termed as “short-sighted, careless and xenophobic” Kenyans who raised red flag about government’s handling of pandemic. 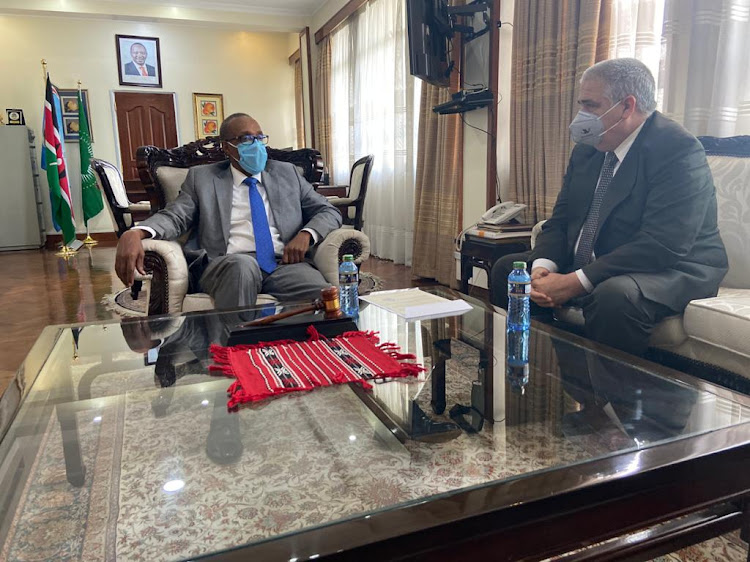 A principal secretary who tested positive for Covid-19 has questioned the country’s management of the pandemic and wondered what the billions spent so far have achieved.

Foreign Affairs PS Macharia Kamau tested positive for the virus last week and was forced to hand over his duties to political and diplomatic secretary Ambassador Tom Amollo.

But Macharia regretted that "the government’s contact tracing has collapsed, there is no access to proper care and even more tragic is that there is no medical insurance cover for the virus".

“For all the billions that have been spent on this campaign, it’s hard to imagine that at the point of contact where the disease actually happens, there is no system to make sure that we have access to proper care and the proper contact tracing is actually done to keep track of those who are not well or maybe infecting others,” Macharia said in a WhatsApp group of top government officials, seen by the Star.

The sentiments could expose the disquiet in the management of the pandemic as the disease surges, with fears it could overrun the health system.

Several top government officials including two cabinet secretaries have been battling the disease.

Macharia said after he tested positive, he quickly informed his contacts about his condition, but to his surprise, none of them have been contacted by the government.

“I have done my own contact tracing and I have informed all the people who came in contact with me in the 10 days prior to my test and since. They keep asking me where to go for test and I don’t know what to tell them,” Macharia said.

“But shockingly, no one has been in touch with me about contact tracing except an NMS nurse who called on Friday out of the blue. She said she would call back and never called back again. She basically wanted to confirm that I was Macharia Kamau.”

Macharia said he has had malaria-like symptoms – hot and cold flushes and intense dizziness as well as disorientation, although he is yet to go to hospital.

“It’s very distressing when it’s actually happening and makes for great anxiety and worry,” he said. He has not had any breathing problems or acute depletion of oxygen in his blood.

“What is scarier is that if my symptoms do become life-threatening, I may not have access to proper medical care because of lack of insurance and or a facility to respond. After all, I don’t even keep a doctor as I never actually fall ill,” he said.

When Kenya announced its first case of Covid-19 in March, the Insurance Regulatory Authority announced it had met with all players in the industry and agreed to cover bills for patients despite the World Health Organization classifying the disease as a pandemic. But the insurers have since made an about-turn.

“The  story of the insurance, it must be sorted out now, not tomorrow but today. Something is not right,” he said, describing Covid-19 as simple flu, non-chronic which disappears within 14 days in 98 per cent of patients

NHIF announced last week that it will only pay for Covid-19 patients admitted to government facilities.

Days before the virus arrived in Kenya, Macharia termed as “short-sighted, careless and xenophobic” Kenyans who raised the red flag about the government’s handling of the pandemic.

He hit out at critics saying coronavirus is “not the first global epidemic and is not the most deadly".

This was after a Southern China Airline arrived with 239 passengers in Nairobi from Guangzhou – the then second-most affected region in China – triggering an immediate uproar from Kenyans.

“People are allowing fear and xenophobia to drive their response to the situation. And our newspapers and some segments of our political class are playing into it. This is not the first epidemic that we've faced. And it's surely not the worst. Nor has it proven to be the most deadly,” Macharia said.