Sakaja arrested at a Kilimani bar for flouting curfew orders

The Senator was found drinking with several others at around 1 am.

• Cops say Sakaja became violent when confronted and incited the others not to get away.

• The police said Sakaja threatened to transfer all the officers involved in his arrest within 24 hours. 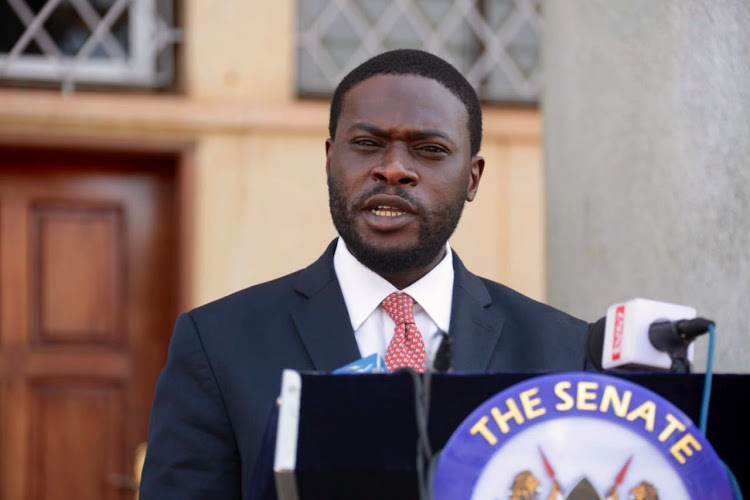 Nairobi Senator Johnson Sakaja was on Saturday morning arrested at a Kilimani bar for flouting the government's curfew orders.

According to a police report, an officer from Kilimani area received information that a bar, namely Ladies Lounge, was still operating at around 1.10 am.

Upon visiting the bar, the police officer found Sakaja among a group of 10 people seated outside drinking.

The senator was advised to leave prompting the officer to call her regional orderly officer who also failed to convince the lawmaker to depart the premises.

Later, the Deputy OCPD Kilimani Adan Hassan with his team joined the other officers at the bar.

"It is then that Hon Sakaja became violent. He incited the others not to get away and was arrested," the police report read.

The other three refused to give out their names for disobeying curfew orders and inciting the others.

During Sakaja's arrest, the others managed to escape from the scene.

While in custody, the senator was asked to be given a free bond but he refused to leave the cell.

The police said Sakaja threatened to transfer all the officers involved in his arrest within 24 hours.

However, when contacted by the Star, the senator denied being arrested terming the claims 'politics'.

The senator challenged those claiming he was arrested to produce an OB No.

"I am at home but I am ready to present myself to the Kilimani police station if they 'are planning to arrest me'," he said.