The agency said cultural, religious, and socio-economic factors that contribute to the problem of teen pregnancies are multiple and layered

•The African Institute for Development Policy calls on various stakeholders to fully fund and consistently implement cost effective programmes to that effect.

•Their call comes at a time statistics show high numbers of teenage pregnancies across the country. 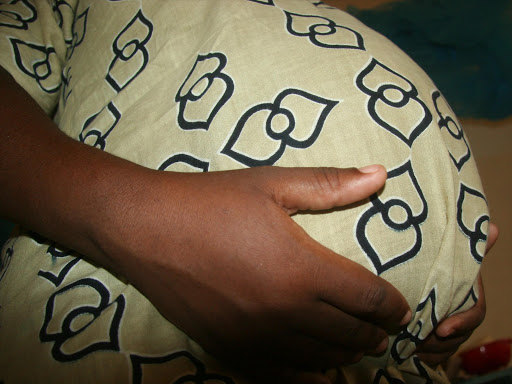 A pregnant mother in her last trimester. /FILE

Addressing the root cause of teen pregnancies is key in ensuring the tide is turned and young girls protected.

The African Institute for Development Policy called on various stakeholders to fully fund and consistently implement cost effective programmes to that effect.

Their call comes at a time statistics show high numbers of teenage pregnancies across the country.

In a statement on Saturday, the agency said cultural, religious, and socioeconomic factors that contribute to teen pregnancies are multiple and layered.

They also noted that interventions are well-known.

“We need to confront hard truths and realities of the issue with honesty and openness,” the statement read in part.

“Teen pregnancies are a major challenge for socioeconomic development because they deprive our young girls the opportunity to further their education and attain their career goals. It also exposes them and their children to major health risks," Afidep said

They noted that while the rate of teenage pregnancies in Kenya is high and needs to remain at the top of the government’s agenda, the topic only gets into public discourse when triggered by certain events, after which it gets buried and business continues as usual.

For instance, the last time the matter hit the headlines and drew public uproar was during the national examinations in 2018.

According to the World Health Organisation, pregnancy and childbirth complications are the leading cause of death among girls aged 15 to 19 years globally.

The data was cited as having been exaggerated with ulterior motives, with the Health ministry indicating  the numbers  capture multiple visits and hence are not reflective of the exact pregnancies.

In an effort to validate the data, Afidep compared the number of teenagers from the Kenya Health Information Management System in 2020 to 2019.

The data shows the number of girls aged 10-19 years, presenting with pregnancy in January-May in 2019 and 2020 are not much different and leaning more towards a decline in 2020.

Decline in use of health facilities during the Covid-19 period and delay in validation of the latest figures in 2020 may account for lower numbers in 2020.

A quick trend analysis shows Nairobi county is leading with 11,795 teenage pregnancies in the period between January and May 2020.

This is slightly higher than last year’s figures in the same period.

The agency also found out that Machakos county,which had become the centre of attraction ranks number 14 with 3,966 cases registered this year compared to 4,710 cases last year.

“It is important to note that the KHIS data only captures cases reported in the health sector and so it is possible that there are many other pregnant girls who are not counted because they have not been to the health centres,” the agency said.

“One thing we can safely conclude from the data available is that the evidence presented does not support an upsurge in teenage pregnancy because of Covid-19 school shutdown and movement restrictions.”

Data from the Demographic and Health Surveys show that almost two out of 10 girls between the ages of 15 and 19 are reported to be pregnant or have had a child already.

This trend has been fairly consistent for more than two decades with little change in prevalence between 1993 and 2014.

We must mitigate teenage pregnancy crisis amidst Covid-19

Partnership with national govt, NGOs targets to find root cause of the problem
Counties
3 years ago

Education is the first step in preventing teenage pregnancy

The Kenya Demographic and Health Survey, 2014 reveals that 23 per cent of adolescent girls aged 15–19 have an unmet family planning need. This means ...
Opinion
4 years ago
Post a comment
WATCH: The latest videos from the Star
by MAGDALINE SAYA REPORTER
News
27 June 2020 - 15:00
Read The E-Paper