• Waluke and  the mother of former Environment CS Judy Wakhungu have been found guilty of fraud. 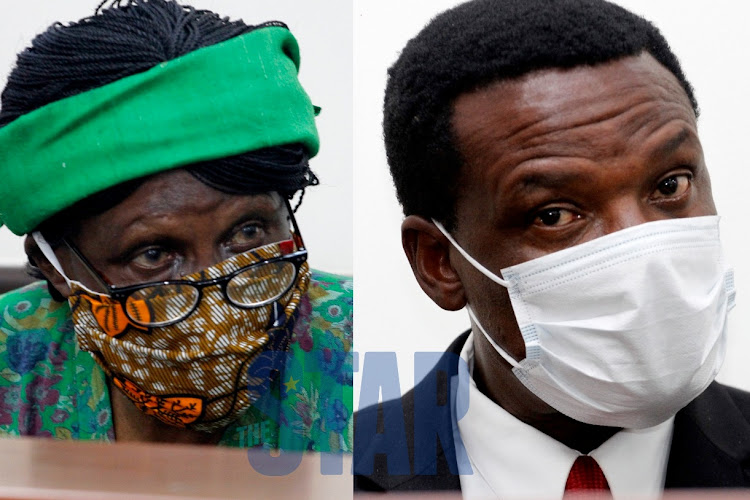 Waluke and  the mother of former Environment CS Judy Wakhungu have been found guilty of fraud.

Sirisia MP John Waluke and his co-accused have been over Sh700 million or face seven years in prison.

Waluke has been slapped with Sh727 million fine while Grace Sarapay Wakhungu was fined Sh707 million.

Sarapay is the mother of former Environment CS Judy Wakhungu

The two were found guilty of fraud over Sh313 million maize scandal.

Earlier on, Waluke's lawyer Cliff Ombeta pleaded with the court to have mercy on the legislator.

"He can be a better person today. If you side with us, then you will understand that he needs leniency. Please your honor," Ombeta said.

Ombeta said they are not demanding but requesting.

"We are begging that you give us the most lenient sentence. It is provided for in the laws. Look at his age, he is not a young man," he said.

"He has come to court religiously and respects the court. He knows his duty. Is that the kind of person we would want locked for ever? This is a good man."

Ombeta said Waluke has worked in the civil servant because he was effective and had no bad record.

Have mercy on him! Lawyer Ombeta pleads leniency for 'old' Waluke