•A handful of youths carried a brown casket to protest against police brutality and extrajudicial killings.

• Some youths from Mathare knelt down as others raised their hands.

A handful of youths carried brown caskets to protest against police brutality and extrajudicial killings outside Parliament precincts on Tuesday. See story https://bit.ly/3f1v1hO

These were some of the placards carried by youths as they camped outside Parliament precincts on Tuesday.

A handful of youths carried brown caskets to protest against police brutality and extrajudicial killings. Some youths from Mathare knelt down as others raised their hands.

"Stop killing us! Stop Killing us!" They chanted as some pointed at the two coffins they were carrying.

On Monday, Mathare residents took to the streets  to protest against police brutality and extrajudicial killings.

Carrying placards condemning the death of Kenyans at the hands of police, they marched the streets.

The placards had messages including'I can't breathe' - the words uttered repeatedly by African American George Floyd as a white policeman put his knee on his neck for close to nine minutes. Floyd died in police custody. 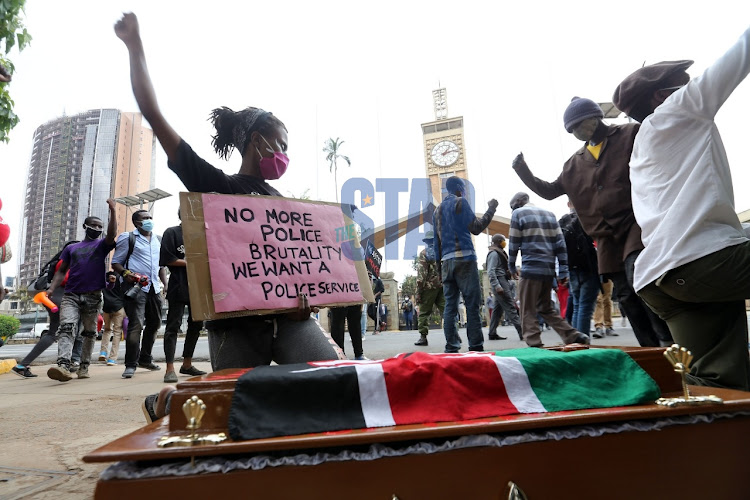 The DPP last week called for the prosecution of the cop involved in the killing.

In 151 days, Missing Voices has documented 61 incidents of police killings and forced disappearances, which have left 89 victims dead and five missing.

The Independent Policing Oversight Authority released a statement saying it has received 87 complaints against police officers since March 27. That’s when heightened security was put in place to curb the spread of the coronavirus.

After preliminary investigations, the authority said it had linked 15 deaths and 31 assaults and harassment directly to police officers during curfew enforcement.

Last week, Samuel Maina had his nose broken and his face injured after he was assaulted by police just minutes before curfew. They also allegedly stole from him.

Last month, Vitalis Owino was shot as he went to answer a call of nature at a public toilet. 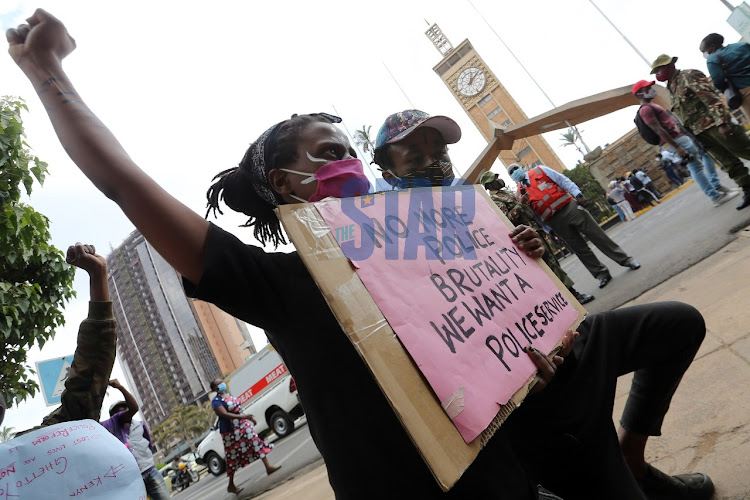 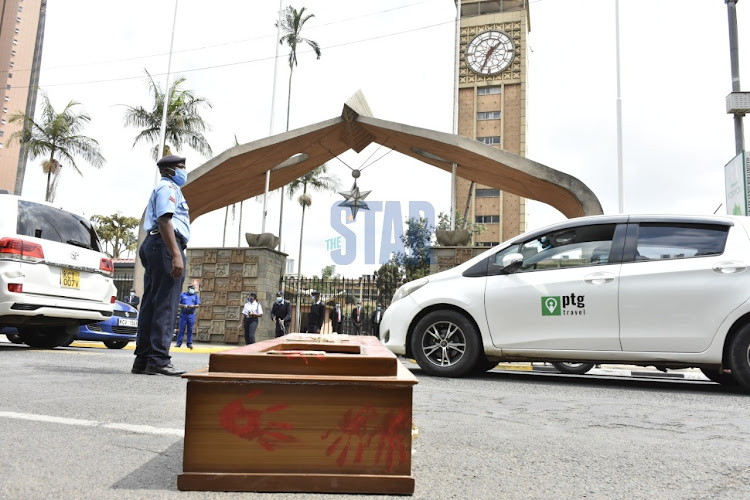 A coffin put outside Parliament by protesters.
Image: MERCY MUMO 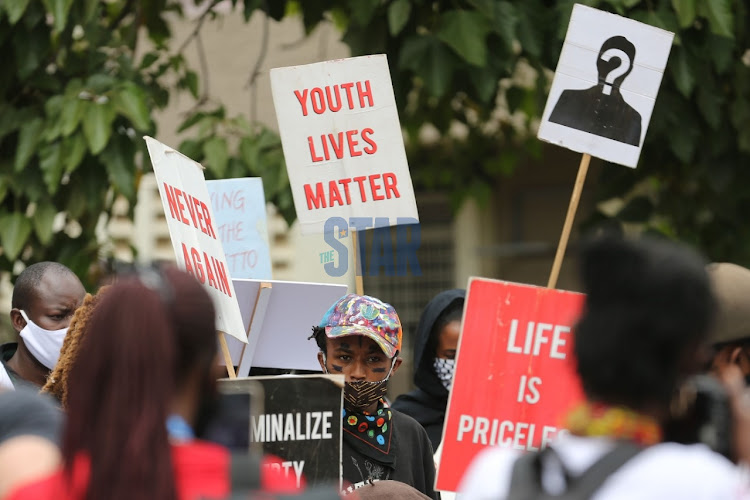 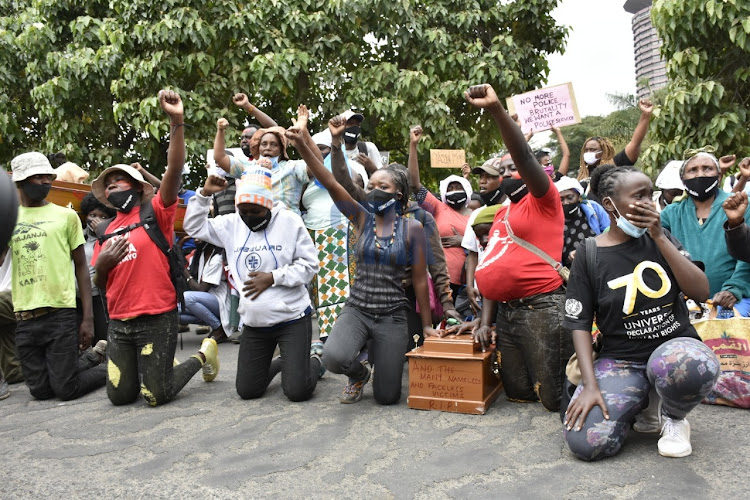 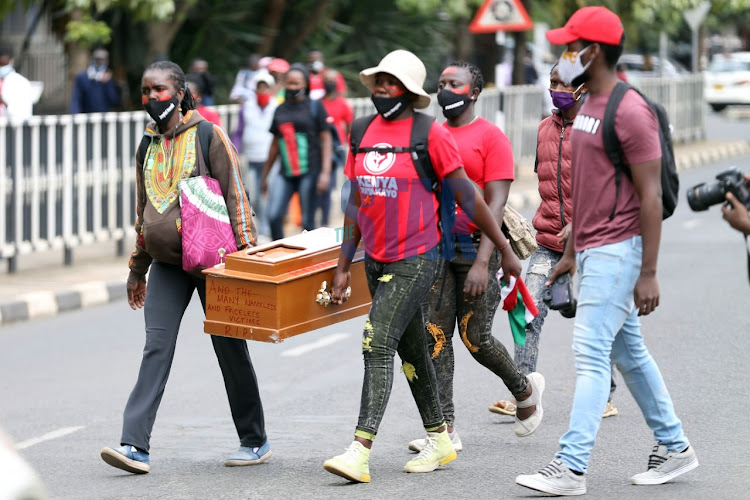 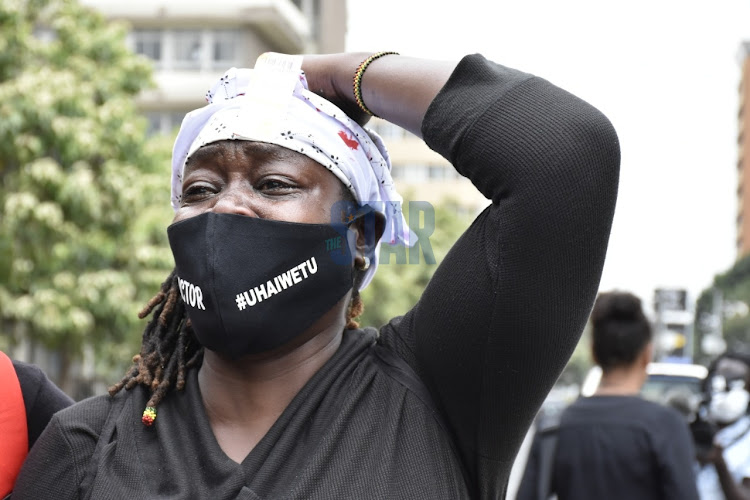 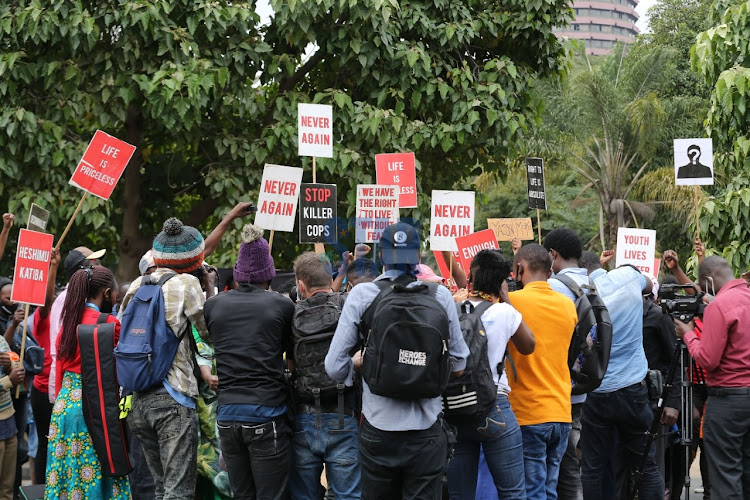 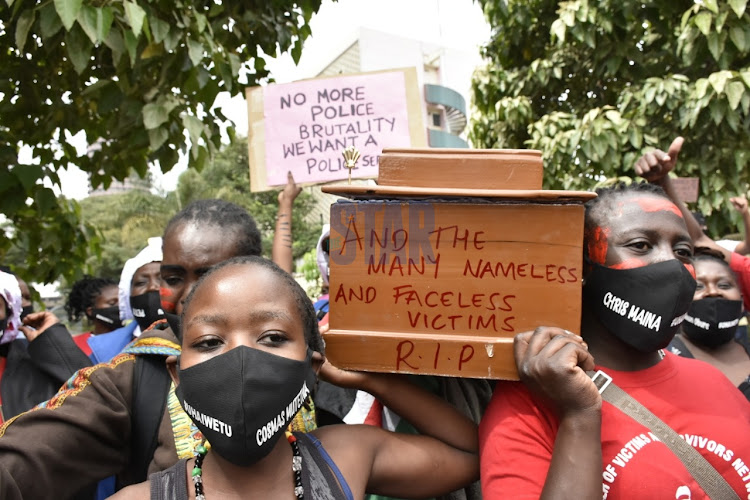 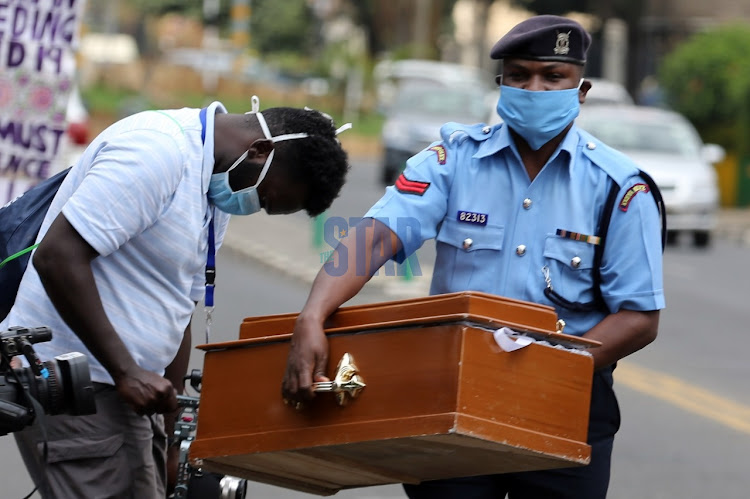 A police officer removes a coffin left behind by protesters outside Parliament on June 9, 2020,
Image: FREDERICK OMONDI 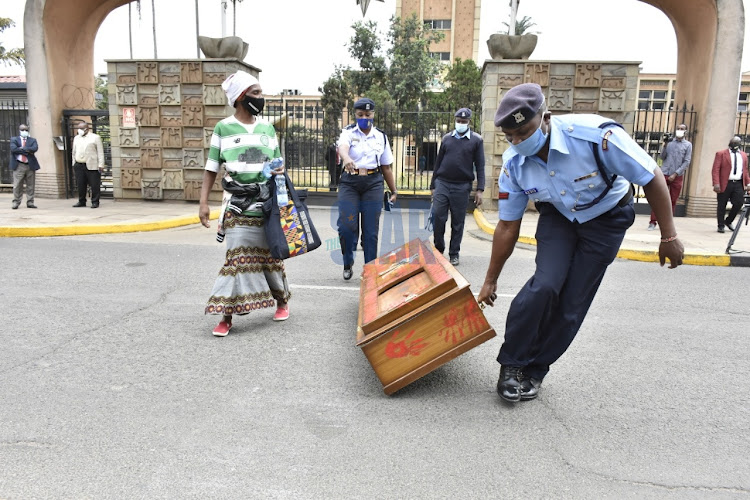 A cop carries away coffin left by protesters outside Parliament on June 9, 2020.
Image: MERCY MUMO 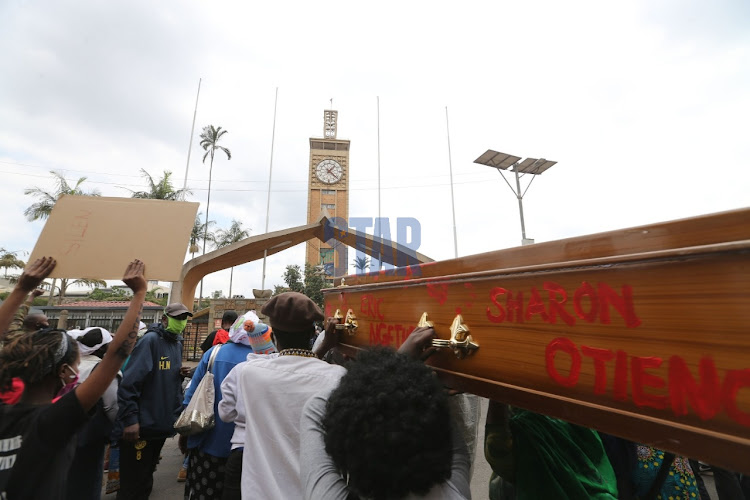