NO DEAL WITH KENYA

• Tanzanian official says the problem started three days ago and that their effort to talk to Kenyan authorities hit a snag.

• But Kenya government spokesman Oguna says the country had not received any official communication from the Tanzanian authorities. 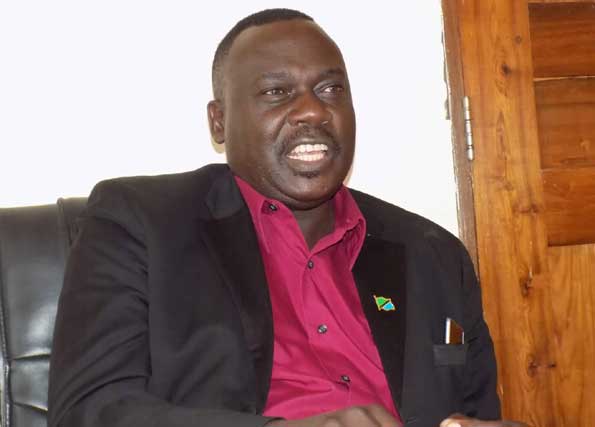 Tanzania has said it cannot do business with Kenya if she continues to breach agreements, 10 days after the two countries reopened the Namanga border.

The two countries agreed to reopen their borders on May 22 after a tense week marked by a simmering trade dispute occasioned by the Covid-19 pandemic.

But Tanzania on Wednesday claimed their truck drivers with certified Covid-19 test certificates are forced to retest before crossing the border.

Arusha Regional Commissioner Mrisho Gambo and his Longido District colleague Frank Mwaisumbe told the Star on the phone that Kenya has reneged on what the two countries agreed on.

In a recorded telephone interview, Mwaisumbe - who said he is airing the sentiments of his boss Gambo and that of President John Magufuli – said, “Tanzania is an independent state and should not appear to be convincing another state to do business with her.”

“President Magufuli and President Uhuru Kenyatta of Kenya requested concerned ministers from both countries to meet and iron out the issues that were blocking the smooth flow of business at the Namanga border, and that was done,” Mwaisumbe said.

“The concerned ministers met and agreed that truck drivers should be tested at the country of origin and allowed to cross the Namanga border without being subjected to similar tests again, but this has been broken by Kenya.”

Mwaisumbe said the problem started on June 1 and that their effort to talk to Kenyan authorities hit a snag after their inquiries failed to get attention.

But Kenya’s government spokesman Cyrus Oguna said the country had not received any official communication from the Tanzanian authorities on the same.

“When we get that communication, we shall respond accordingly,” Oguna told the Star on the phone on Wednesday.

But Mwaisumbe said Kenyan trucks will not be allowed into Tanzania.

“Our concerned ministers who negotiated a deal with their Kenyan counterparts cannot talk to us again,” the official said.

He said the orders came from the Republic of Tanzania.

Mwaisumbe said if the stand-off continues, their drivers will be forced to drop Kenyan luggage at the border.

Before this development, travel guidelines and restrictions rekindled a festering trade war that had seen both countries impose sanctions on each other and ban the trade of certain goods.

Government officials from both countries, who met in Namanga on May 22, had resolved to facilitate a seamless cross-border movement of goods and end the stand-off.

Transport CS James Macharia led a delegation of Kenyan officials to the meeting with the Tanzanian delegation led by Transport Minister Isack Kamwelwe.

The bilateral deliberations came after Kenyatta and Magufuli talked - over the phone - regarding heightened tensions that left traders from both countries staring at huge losses as truck drivers awaited Covid-19 results for days. The results are mandatory for them to be allowed across the border.

It took the delegation six hours to break the stalemate in two stormy boardroom meetings, emerging with a memorandum of understanding.

A source close to the meeting had told the Star that both sides were reluctant to cede ground on the procedure for screening truck drivers.

CS Macharia said the two countries must unite to protect their trade interests and address the health concerns of citizens.

“Kenya and Tanzania are trade partners, recording a turnover of more than $500 million (Sh53 billion) annually. We have reached an agreement that Tanzanian and Kenyan drivers will be subjected to the WHO standard Covid-19 testing in their territories and issued with clearance certificates,” Macharia said then.