• An exciting Madowo noted that he pored over hundreds of pages, visited five countries and recorded hours of interviews for the Jumia project. 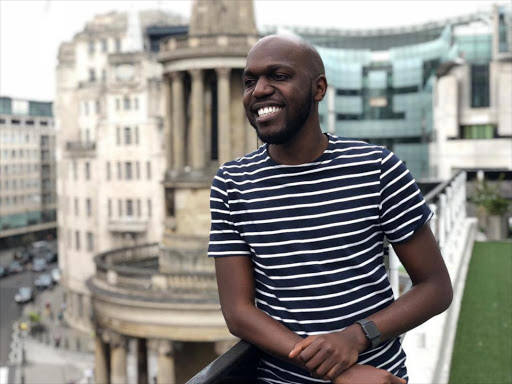 Media Personality Larry Madowo has been crowned the winner of the 2020 Philip Greer Award for his Financial Writing at the Columbia University in New York.

Madowo, who was the British Broadcasting Corporation Africa Business Editor, was admitted to Columbia University back in April 2019.

He was admitted to the prestigious university as a Knight-Bagehot Fellow in the class of 2019-2020.

"I spent months reporting on Jumia’s first year on the NYSE from Lagos, Berlin, Nairobi & New York for my @ColumbiaJournMA thesis," Madowo said.

"I’m also co-authoring an MBA case study on it at Columbia University Business School," he said.

An exciting Madowo noted that he pored over hundreds of pages, visited five countries and recorded hours of interviews for the Jumia project.

I spent months reporting on Jumia’s first year on the NYSE from Lagos, Berlin, Nairobi & New York for my @ColumbiaJournMA thesis. My 9,000-word piece just won the 2020 Philip Greer Award for Financial Writing. I’m also co-authoring an MBA case study on it at @Columbia_Biz School pic.twitter.com/WzgfyXuYlu

"I’ll keep the full thing until @Columbia gives me my degree (tomorrow!) but I published a short & sweet excerpt with the BBC," he says.

In the excerpt on BBC, Madowo notes that a year after its much heralded debut on the New York Stock Exchange, e-commerce start-up Jumia has shut down in three African states, struggled to turn a profit and got dumped by its original owners.

The two CEOs of Jumia announced earlier this month that they were taking a 25% pay cut to support the online retailer manage costs during the coronavirus pandemic.

In 2019, the duo and the company's chief financial officer collectively earned $5.3m (£4.27m) in base salaries and one-time bonuses.'

But Jumia's losses rose 34% to $246m, the eighth straight year without profits.

A silver lining arrived with lockdowns that shut down much economic activity but led to a surge in online shopping.

Before the rush, the African online retailer had ended last year with 6.1 million active consumers on its websites, up from four million previously.

Larry is a well-known Kenyan journalist and has previously hosted his own radio show, written a weekly newspaper column and fronted many popular TV programmes.

He has a vast experience in broadcasting, having worked with various well established local and international media organisations, and has made many appearances previously on the BBC.

Post a comment
WATCH: The latest videos from the Star
by NANCY AGUTU Deputy Digital Editor
News
20 May 2020 - 09:41
Read The E-Paper