• Tuju says they have already identified the rebels to be recalled. 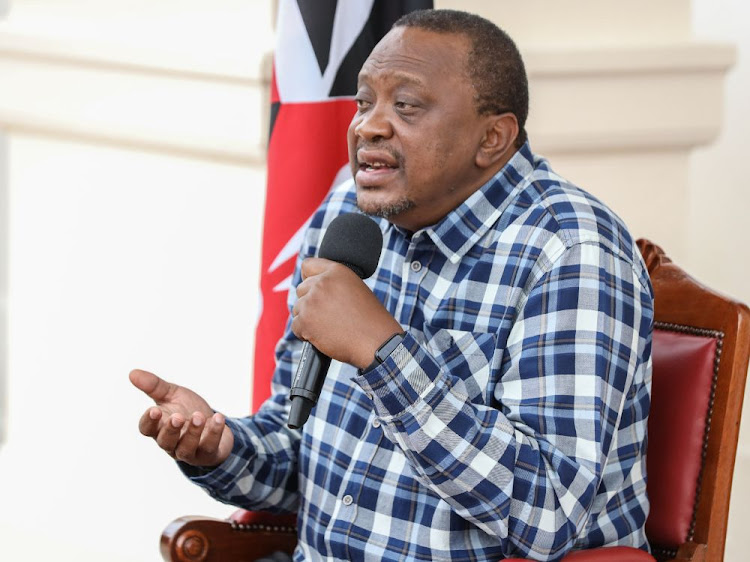 A day after axing Kipchumba Murkomen and Susan Kihika from Jubilee leadership in the Senate, President Uhuru Kenyatta yesterday kick-started the removal of five nominated senators from the House.

Also, the President has his 'gun' trained on rebel MPs in Central. Those on his radar are all allied to his deputy William Ruto. They include Gatundu South MP Moses Kuria.

In an unprecedented move, the head of state plans to pitch camp in select Mount Kenya constituencies to spearhead the removal of some elected MPs through the recall clause. This would be a Kenyan first.

The details emerged as Jubilee announced its intention to oust five nominated senators, who, in solidarity with Ruto’s men, snubbed the parliamentary group meeting called by Uhuru at State House on Monday.

Ruto’s men still insist Uhuru did not get the requisite number to kick them out.

Yesterday, Jubilee Secretary-General Raphael Tuju confirmed to the Star that the party had identified some MPs who will be removed in the coming months.

“It’s not going to be business as usual. We are soon going to release their names,” a confident Tuju told the Star, adding that those who have been insulting the President would be among the casualties.

Although provided for in law, the recall process is tedious and has never succeeded since the enactment of the 2010 Constitution.

Sections 45 and 46 of the Elections Act require that those seeking to recall an MP get the support of at least 30 per cent registered voters in the constituency in addition to 15 per cent in every ward.

Yesterday, panic among Mt Kenya MPs was palpable as it became clear that Kenyatta was moving from mere threats.

“Please, as a friend, I don't want to comment on this. I am already in trouble [for skipping State House meeting] and I don't want to be in more problems. Most of us are in trouble. Please understand,” a Mount Kenya senator told the Star.

Just a few days ago, some of these lawmakers were getting bolder in attacking the President.

“If there will be any bloodshed in Kenya during your leadership or in the coming election, ICC is watching and you will be one of those going back to The Hague and you will never come back,” Ngunjiri told Uhuru recently, in a blistering attack.

“We have asked them to show cause why they should not be expelled from the party,” Tuju said, adding that they would be meticulous to ensure the dissidents are kicked out.

“We will follow due process and shall not make the mistakes that ODM and ANC made. So this is a warning shot to the senators, they should not take any comfort,” Tuju stated. ODM failed to kick out Malindi MP Aisha  Jumwa, while a similar ouster by ANC against nominated MP Godfrey Osotsi was also quashed.

The Political Parties Disputes Tribunal quashed disciplinary proceedings against the two, leaving them more energised as they defied their parties.

Yesterday, Tuju disclosed that the five senators will be summoned to appear before the party’s disciplinary committee headed by Lumateti Muchai.

Among the charges against them is contradicting the party leader and voting against the party position in Parliament.

Most of the targeted senators, for instance, voted against the impeachment of ex-Kiambu Governor Ferdinand Waititu, a graft suspect.

Yesterday, the panic-stricken senators were subdued, with the usual bravado gone. Senator Seneta said she was unwilling to comment.

Omanga said, “I have not received any letter. I have only seen people saying it on social media. I was never invited to the State House meeting so I don't know what to say."

But Tuju rubbished claims by a section of Ruto allies that they were not invited to the Monday meeting.

He said they had confirmed with service providers that indeed the senators received the invitations that were sent through text messages.

She once confessed that were it not for Ruto, she would be hawking bedsheets.

“They are taking us back to dark days of Kanu where imaginations and political gossip were used to hound members. I always wonder whether the Constitution has been suspended because that [skipping a meeting] is not a justifiable reason as to why members should be given show-cause letters,” he told the Star.

"I don't think missing tea and eating mandazi session at State House is justifiable for anybody to write the show-cause letters.  I think that is part of the famous disciplinary action that we ran away from under one-party dictator rule. Therefore, I want to urge my colleagues to treat such threats and intimidation with the contempt they deserve.”

Kiunjuri did not deliver - Uhuru hits back

Kiunjuri appeared to take a swipe at President for what he termed as 'arm twisting'.
News
3 years ago
Post a comment
WATCH: The latest videos from the Star
by FELIX OLICK AND JULIUS OTIENO
News
14 May 2020 - 05:00
Read The E-Paper