The President described the late Walibora as a polished broadcaster and prolific writer whose literary works will continue to inspire future generations. 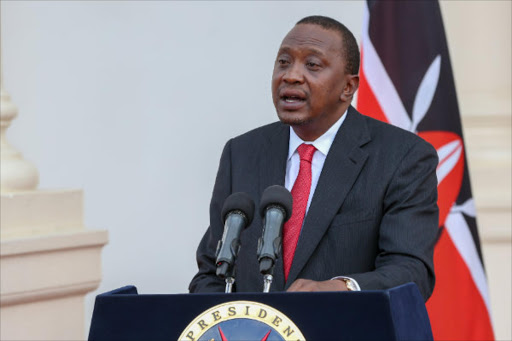 President Uhuru Kenyatta has sent a message of condolence to the family, relatives, and friends of renowned author and journalist Ken Walibora after news of his demise.

Walibora's remains were traced to Kenyatta National Hospital  Mortuary with indications that he was hit by a bus along Landhies Road on Friday last week.

Preliminary reports indicate Walibora was crossing the road, car keys in the hand, and a press card in his pocket when he was knocked down by a matatu on Friday last week.

The President eulogised Walibora as a polished broadcaster and prolific writer whose literary works will continue to inspire future generations.

Walibora was a celebrated Kenyan Kiswahili scholar, author, and journalist whose literary novels have received praise over the years.

On his part, Deputy President William Ruto said he was deeply saddened by the passing of Walibora.

Ruto described Walibora as a man of insight and brevity - a driving force with monumental energy and vision when pushing Kiswahili language-related issues.

"He was an outstanding academic, ingenious author and a prolific journalist with a charming personality and humour," Ruto tweeted.

"We will miss his great depth of knowledge, positive orientation, wit and resilience".

Some of Walibora's best works include Kidagaa kimemwozea , Damu Nyeusi, Siku Njema, Ndoto ya Almasi,  Innocence long lost among others.

"My condolences go out to the family of Kiswahili Author and distinguished Journalist Professor Ken Walibora. He penned great literary works that will remain etched in the memories of many. May the Lord grant his family comfort at this trying moment and may his soul Rest In Peace," Raila posted on Twitter.

Others who have sent messages of condolence include Ezekiel Mutua, CEO of Kenya Film Classification Board and Nairobi Woman Representative Esther Passaris.

Walibora was hit by a matatu on Landhies Road.
News
2 years ago

Walibora had more than 40 books to his name.
News
2 years ago
Post a comment
WATCH: The latest videos from the Star
by SHARON MAOMBO
News
15 April 2020 - 13:52
Read The E-Paper