Japan's wonder drug and the race for Covid-19 medicine

Kenya has ordered a consignment of Avigan.

• Acting Director of Public Health Patrick Amoth said the government was in discussion with Japan to receive batches of the antiviral drug, called Favipiravir or Avigan.

• In March, the Chinese government said the drug is effective against the novel coronavirus. 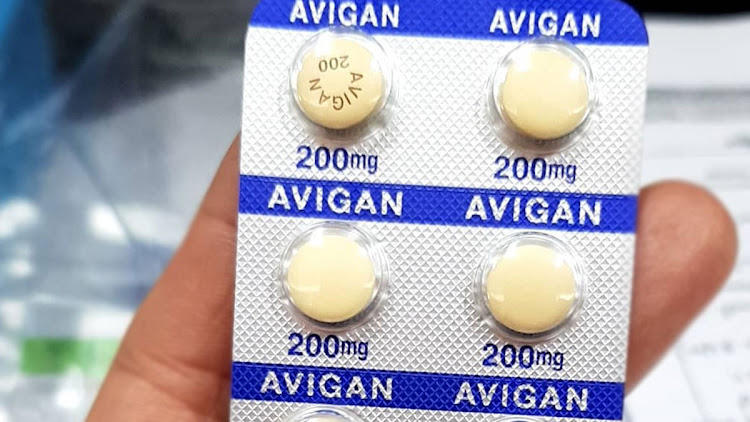 Currently, there is no approved drug for coronavirus disease.

So the main way to manage severe cases is not using medicines but giving people oxygen, putting them on ventilators to help them breathe and managing their symptoms. Patients get medicines only to treat their symptoms.

In March, the World Health Organization (WHO) announced a large global trial called Solidarity to collect data on several existing medications and find out whether any can treat Covid-19.

The study includes thousands of patients in numerous countries. It, however, does not include the Japanese drug favipiravir (trade name Avigan), which Kenya has ordered to treat local patients.

Acting Director of Public Health Patrick Amoth said the government was in discussion with Japan to receive batches of the antiviral drug.

Avigan is separately undergoing a Phase III trial to evaluate the safety and efficacy for Covid-19 patients, according to the manufacturer, Fujifilm Toyama Chemical Co. Ltd.

In March, the Chinese government said the drug was effective against the novel coronavirus.

“It has a high degree of safety and is clearly effective in treatment,” said Zhang Xinmin, the director of the science ministry’s China National Centre for Biotechnology Development, in a news conference.

The clinical trial was conducted at hospitals in Wuhan and Shenzhen, with 200 patients participating. Test results for those receiving the drug turned negative in a shorter period, and their pneumonia symptoms improved at a higher rate.

According to Toyama Chemicals, Avigan shows anti-viral activities against other RNA viruses, which are known to cause fatal hemorrhagic fever. These unique anti-viral profiles will make it a potentially promising drug for the coronavirus disease.

The ongoing Phase III study is to be completed on June 25, 2020, but the off-label use to treat Covid-19 continues because the drug is already registered and shows no adverse reactions.

The WHO says in the Solidarity study, they are testing only about four drugs, but others can be added.

"Until there is sufficient evidence, WHO cautions against physicians and medical associations recommending or administering these unproven treatments to patients with Covid-19 or people self-medicating with them," it says.

The Solidarity trial is testing the efficacy of Chloroquine, Hydroxychloroquine, Remdesivir, and Ritonavir/Lopinavir.

Chloroquine and Hydroxychloroquine were to be left out of the trial until they began grabbing headlines. The report of a WHO working group in March said the widespread interested prompted “the need to examine emerging evidence to inform a decision on its potential role.”

However, in other research on actual Covid-19 patients, the results for Hydroxychloroquine have been pretty much a wash. Two scientists writing for Science Magazine on March 27 commented, "Researchers have tried this drug on virus after virus, and it never works out in humans."

Remdesivir was originally developed by US's Gilead pharmaceuticals to combat Ebola and related viruses. It shuts down viral replication by inhibiting a key viral enzyme, the RNA-dependent RNA polymerase.

The first Covid-19 patient diagnosed in the United States was given Remdesivir when his condition worsened. He improved the next day, according to a case report in the New England Journal of Medicine. Such evidence from individual cases doesn’t, however, prove a drug is safe and effective.

Ritonavir/Lopinavir is a combination drug that is sold under the brand name Kaletra. It has been tested in SARS and MERS patients, though results from those trials are ambiguous.

The largest study of a treatment for Covid-19 so far with the combination, in January in China, didn’t find a benefit. The last combination being tested, according to the WHO, is Lopinavir with Ritonavir plus Interferon beta-1a.