Africans thrown out of their houses, denied access to essential services, forced to sleep outside.

• Chinese authorities have dismissed claims of racial discrimination against individuals of black origin in cities of Guangzhou and Beijing.

• Through the Ministry of Foreign Affairs, the authorities said all foreign nationals within China are treated equally. 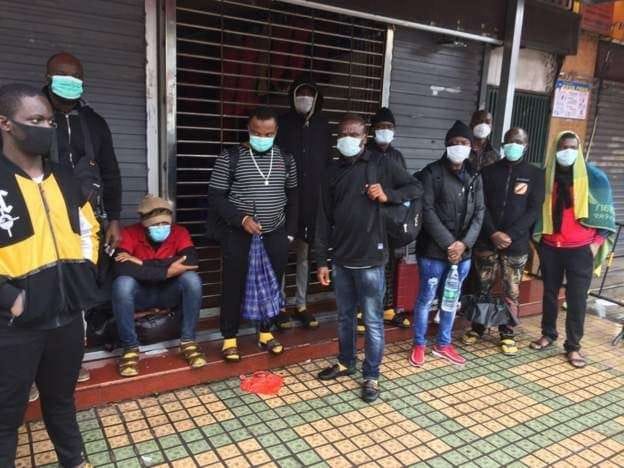 Some of the Africans thrown out of their houses
Image: COURTESY

Chinese authorities have dismissed claims of racial discrimination against individuals of black origin in cities of Guangzhou and Beijing.

Through the Ministry of Foreign Affairs, the authorities said all foreign nationals within China are treated equally.

This comes after reports that individuals of the Africa origin had been denied access to essential services amid the second wave of COVID-19 infections.

In a story ran by Citizen television, a group of people believed to be Africans including Kenyans are seen being driven out of their homes by Chinese police officers.

The Kenyans said they had not been given any explanation of why they had been thrown out.

"All we have seen posters indicating this community does not allow foreigners especially of the black origin, throw them out immediately," one of them told Citizen TV.

They said those who have been locked out of their houses were being forced to a 14-day quarantine in an unknown location. 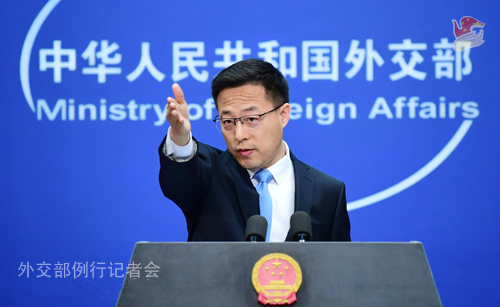 But China's Ministry of Foreign Affairs spokesperson Zhao Lijian said, "I'd like to stress that we treat all foreign nationals equally in China. We reject differential treatment, and we have zero tolerance for discrimination".

Lijian said China pays high attention to the incidents and misunderstanding occurred in this process.

"We urge relevant authorities to improve their work, hope all foreigners in China will strictly observe local anti-epidemic regulations, cooperate with and support us in fighting the virus," he said.

According to him, China's most urgent task is to prevent the spread of the coronavirus from both within and without the country.

"To meet this goal, we need understanding, support and cooperation from both Chinese and foreign nationals," Lijian said.

Post a comment
WATCH: The latest videos from the Star
by PATRICK VIDIJA Investigative Journalist
News
09 April 2020 - 22:09
Read The E-Paper