• Sources told the Star that Tuju's move to crack the whip in Kirinyaga was sanctioned by President Uhuru Kenyatta. 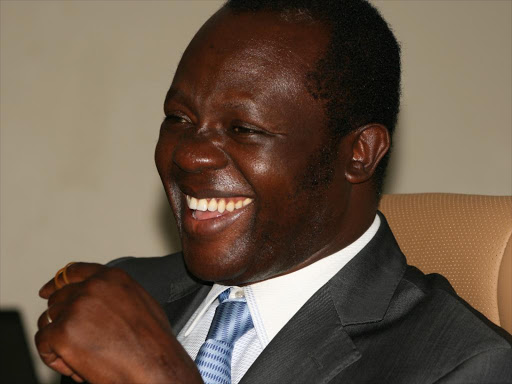 The plot to scuttle the removal from office of Governor Anne Waiguru was sanctioned by State House, it has emerged.

This is even as MPs from Central Kenya, largely affiliated to Deputy President William Ruto, take on Jubilee secretary general Raphael Tuju for overstepping his mandate.

Sources who talked to the Star said Tuju's move to crack the whip in Kirinyaga was sanctioned by President Uhuru Kenyatta.

Its also reported that State House also implored Interior PS Karanja Kibicho, who has been at loggerheads with Waiguru, to go slow in his war with the governor.

On Monday, five MPs from Kirinyaga waded into Governor Waiguru’s impeachment bid accusing Tuju of interfering with operations of the county.

The lawmakers were responding to Tuju’s last week’s letter that kicked out Murango for pushing the ouster of the governor in defiance of the party’s position on the matter.

According to the MPs, the decision to remove the Majority leader was Tuju’s personal opinion as the party had not met to decide against the impeachment.

They claim that Tuju’s action pointed to a man who is out to save the county boss yet he has no powers to remove Murango.

“Hon Murango is not a party appointee. He was elected by the Kirinyaga County Assembly MCAs and only they can remove him in accordance with the County Assembly Standing Orders,” the MPs said in a signed statement.

“He should forthwith stop interfering and intimidating Kirinyaga MCAs from carrying out their oversight role.”

Tuju, however, told the Star on Tuesday that his action was in line with Jubilee's constitution, which gives the party powers to appoint the leadership of the assembly.

He also dismissed claims that State House influenced his decision, which is being perceived as geared to save Waiguru.

“We choose the leadership and if we delegate the choosing of leadership to them through election, then that is delegated authority, otherwise the Constitution says very well that it is the party that will designate the leadership of the House,” Tuju said on the phone.

In his Thursday letter, Tuju accused the Majority leader of not waiting for the party to resolve some of the issues the assembly had raised against Waiguru.

Tuju noted that some of the complaints by the MCA against Waiguru were personal, while others needed to be resolved according to party organs.

But the MPs asked why he did not take similar actions against Kiambu’s Majority leader during former Governor Ferdinand Waititu’s removal.

The lawmakers also took issue with Kirinyaga county commissioner Jim Njoka for allegedly warning MCAs not to convene due to gathering guidelines issued in regards to the coronavirus pandemic.

“We, therefore, believe that this is a subtle attempt by the county commissioner to deny Kirinyaga county assembly quorum to transact their business,” they said.

In the impeachment motion filed on Tuesday last week, the MCAs have accused the governor of among others gross violation of the Constitution citing failure to deliver the annual State of the county address to the county assembly.

The MCAs further accused Waiguru of undermining the authority of the county assembly by not submitting county plans and policies for approval and also failing to table annual report on implementation status of the county policies and plans. Waiguru has denied the allegations.

The High Court on Tuesday temporarily stopped the impeachment of Waiguru on grounds that the Covid-19 pandemic will violate her constitutional rights to a fair hearing.

Judge Weldon Korir ruled that even though the MCAs were carrying out their mandate, the current coronavirus crisis will not accord parties a fair hearing.

Says issues raised in the motion are so basic and an embarrassment to the Constitution.
News
1 year ago

Says issues raised in the motion are so basic and an embarrassment to the Constitution.
News
1 year ago

Says issues raised in the motion are so basic and an embarrassment to the Constitution.
News
1 year ago
by STAR REPORTER The Star
News
08 April 2020 - 05:00