•Yassin was on the balcony with his mother and siblings when he was shot.

•He was taken to Mama Lucy Hospital where he died hours later. 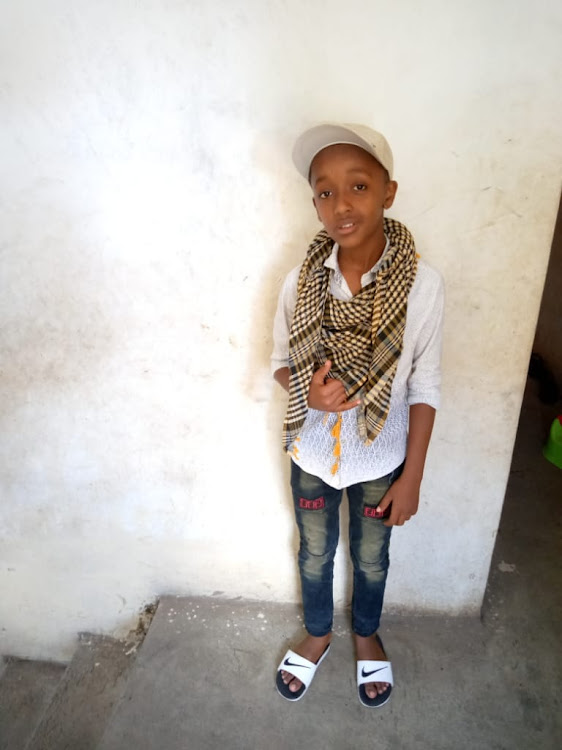 Police enforcing curfew in Kiamaiko, Huruma estate, in Nairobi are accused of fatally shooting a 13-year-old boy on the family's balcony.

Yassin Moyo, his five siblings and his mother were seated on their balcony on Monday evening. They were amazed by how the usually busy streets were so quiet - when a  bullet suddenly whizzed their way.

Yassin's father, Yusuf Moyo, said two shots were fired at hs building. One struck his son in the stomach.

“I was watching news at around 7.20pm at a friend’s house, while Yassin and my wife who was feeding our one-year-old child were seated at the balcony. Then  I heard gunshots,” he said.

Moyo heard his wife screaming and rushed to his house where he found Yassin wounded, gasping for breath.

“With help from neighbours, I took him to Mama Lucy Hospital at around 8pm, where he was admitted to the Intensive Care Unit,” he said.

Yasmin died at 3am on Tuesday, while undergoing surgery.

Moyo said he did not immediately record the incident at Huruma police station as the OCS was not around and he was instructed to return at a later time.

“Where is our safety if not in our own homes? We want justice for my boy. We know nobody can bring my son back to life but I hope the perpetrator does not go unpunished,” he said.

The 13-year-old boy was a candidate for this year’s KCPE at Valley Bridge Primary School. He was buried on Tuesday at Kariakor Muslim cemetery.

Inspector General of Police Hilary Mutyambai has directed DCI chief George Kinoti to inquire into the death. He further asked the DCI to conduct a forensic analysis of all firearms held by police officers on duty within Huruma.

Director of Public Prosecutions Noordin Haji has also ordered police to forward him the file for action after investigation.

This killing is the third death allegedly caused by police while enforcing curfew that started on Friday last week. Their widespread gratuitous violence caused public outrage.

The 7pm to 5am curfew is intended to curb the spread of the coronavirus.

A boda boda rider in Mombasa, is said to have been beaten by officers on patrol at Ujamaa stage on the Lungalunga highway, on Friday at about 7:30 p.m.

He had reportedly received an emergency call from a pregnant client and was rushing her to hospital.

Bega failed to get medical attention that night and was taken to hospital the following morning where he succumbed to his injuries.

The Independent Policing Oversight Authority has launched investigations into the killing while expressing concerns over excessive use of force by police in enforcing the curfew.

In a statement, Ipoa chairperson Ann Makori listed three killings suspected to have been caused by the police and two other cases of severe injuries.

“In the course of effecting its work, Ipoa has registered and taken up several incidents for investigations,” she said.

ODM secretary general Edwin Sifuna condemned the killing of the boy, stating the party is worried by the actions of some officers in the police service who seem to be taking advantage of the situation to harass, beat and even kill innocent citizens.

“This needless killing is but a culmination of other cases of physical violence meted out on innocent Kenyans by the police. The public, in general, has largely cooperated with the government's directives and it defies logic why some officers are acting like this,” he said.

Sifuna asked that officers enforcing the dusk to dawn curfew order to respect human rights and the dignity of the people of Kenya.