'Whoever is responsible must be brought to book. We cannot continue losing lives at the hands of people who swore to protect them' 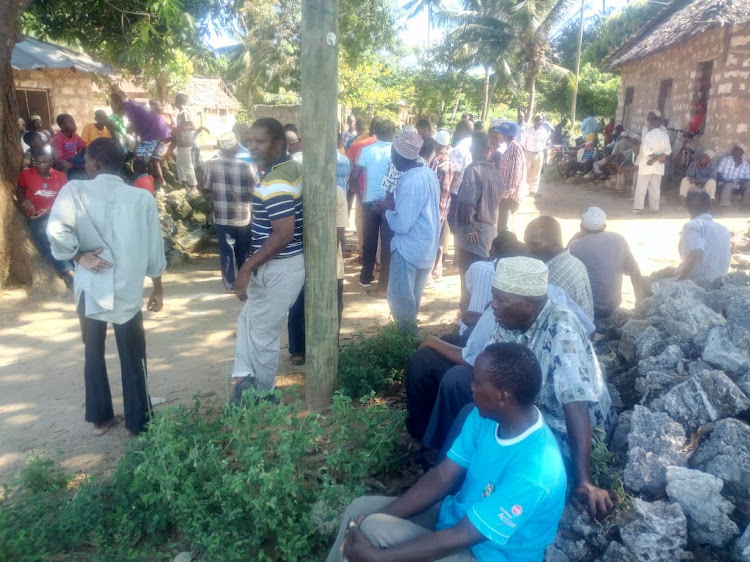 A boda boda rider who was beaten by a police officer enforcing curfew orders died from perforated intestines, a postmortem shows.

Hamisi Juma Mwadungudu was returning home on Friday after rushing a pregnant woman to a Likoni hospital after curfew hours.

He encountered police officers at about 8pm at Mkunazini area. The cops flagged him down but he tried to speed off attracting the wrath of the officers.

They beat him up and left him unconscious.

According to a postmortem conducted at the Coast General Hospital on Sunday evening, Mwadungudu’s intestines were perforated due to blows by a blunt object.

This led to the release of toxic waste into vital organs in his body, causing failure of the organs, pathologists said.

The 48-year-old father of four succumbed to the injuries on Sunday morning at the Msambweni Referral Hospital.

Haki Africa executive director Hussein Khalid, who witnessed the postmortem, said the holes in the intestines were caused by a blunt object, according to the pathologist.

“However, the doctor could not tell whether it was self-inflicted or inflicted by someone else,” Khalid said.

He said it was unfortunate that Mwadungudu was only able to get medical attention on Saturday morning owing to the curfew.

“Because it was night, they could not take him to hospital because of the curfew. He had to endure the pain till morning,” Khalid said.

He called on the Independent Police Oversight Authority to investigate the matter.

"It is so incomprehensible that same agents who were to protect the deceased are the ones who led to the loss of his life,” he said during a press briefing at the Kwale county headquarters.

He said a curfew’s main purpose is to protect and save lives and property.

“Whoever is responsible must be brought to book. We cannot continue losing lives at the hands of people who swore to protect them,” Mvurya said.

Khalid said the imposition of a curfew does not mean the suspension of human rights.

“We must respect the people of Kenya and their right to life. This Covid-19 will come and go but Kenyans will remain. Let us operate within the law,” the activist said.

The body was expected to be buried at around 10 am at his home in Kiteje village in Matuga constituency, Kwale county.