• Nothing stolen from victim.

• Police suspect he was killed elsewhere and body dumped there, a new dumping ground for murder victims. 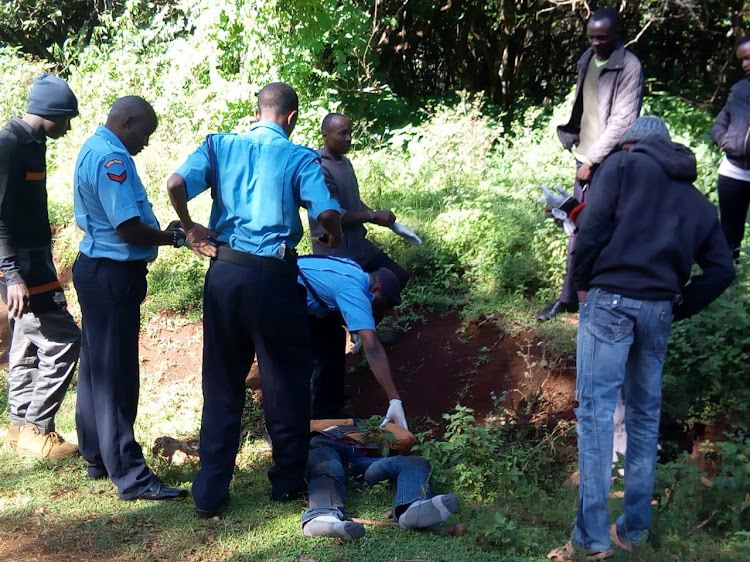 Police have discovered a body with gunshot wounds to the head in Nkunga Forest along the Gitoro-Kigumone-Naari Road in Meru county.

The body of the 24-year-old man was found on Sunday morning.

Residents claimed nothing seemed to have been stolen and claimed it was not the first to occur in the area. They complained the water tower had become a dumping ground for bodies of people murdered elsewhere.

I was petrified because this is not the first incident, I have seen several bodies in the past.

Mboloi said they found the victim's ID card in his pocket. His identity was not disclosed.

“He had gunshot wounds to the head. We’ve launched investigations," the police chief said in a telephone interview.

Mboloi said the victim apparently was shot at close range.

Boda boda Nicholas Mutwiri said he was ferrying a passenger when he stumbled upon the body. He suspects the man was killed elsewhere.

“I operate boda boda between Naari and Makutano. While carrying a passenger, I saw the body of a man inside a forest at around 7.30am. I was petrified because this is not the first incident, I have seen several bodies in the past," he said.

A resident only identified as Kelvin said, “Several bodies have been discovered here in the past. I think this is the fifth body to be found in this forest."