There were no nurse to attend to her and was helped by those who took her to the facility.

• Birth-related complications are reduced when women deliver in a health facility. 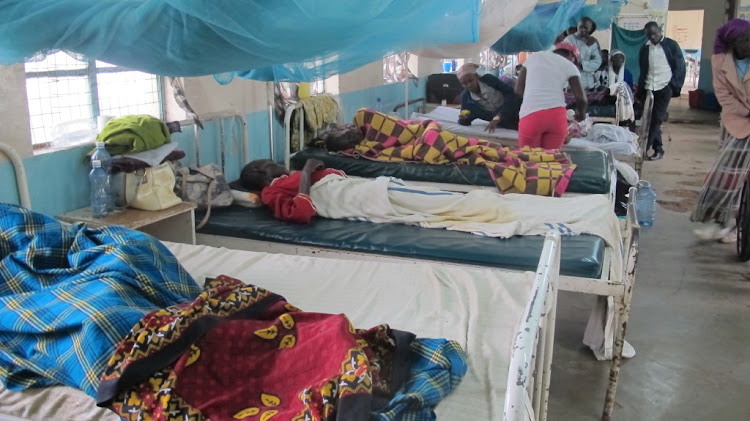 The Migori government has been urged to probe a Tuesday incident in which a  woman gave birth on the floor of a dispensary.

Linet Otieno from Ragana village was rushed to Ragana dispensary at 3am after feeling labour pain.

"Labour started at night and I was rushed here. We only found a watchman who gave us the nurses phone number but they could not pick," Otieno said.

In the absence of nurses, the two women who took her to the facility, Millicent Ouma and Emily Atieno, daringly attended to her, despite the risks involved. Their efforts paid off.

"We have never seen such a scene since this dispensary was established here in 2007. It was only through God’s grace that there were no complications and both mother and child were alive," Ouma said.

Atieno said nurses at the facility have been skipping work, putting residents' lives at risk. "First Lady Margaret Kenyatta has been running marathons to ensure mothers give birth in hospitals even going ahead to donate a mobile clinic in Migori, only for such issues to set us back," she said.

But county Health executive lsca Oluoch said the woman "should have delivered elsewhere", but added that they will investigate.

Gershon Okello, a community representative at the dispensary, said the case could scare off women from giving birth in hospitals, a situation that could increase child mortality.

"We need more nurses at Ragana dispensary, we need county government to address the matter," he said.

Data by the Health Ministry show that Migori is one of 15 counties that account for more than 60 per cent of maternal deaths in Kenya. The latest estimate shows 673 deaths per 100,000 live births.

The African Institute for Development Policy (Afidep), in a statement on its website, states that "birth-related complications are reduced when women give birth in a health facility."

The organisation says that in Migori, "just over half (53 per cent) of births are delivered in a health facility compared to the national rate of 61 per cent."

"Assistance by a skilled provider during delivery obstetric care from a health professional during delivery is critical in reducing maternal and neonatal mortality," Afidep says.