A four-minute audio clip claims there is a confirmed case at Mbagathi Hospital.

•The Star established the clip was not fake, but was recorded during a drill for the Ministry of Health officials.

• Government spokesman Cyrus Oguna said there is no reported case of Covid-19 in the country. 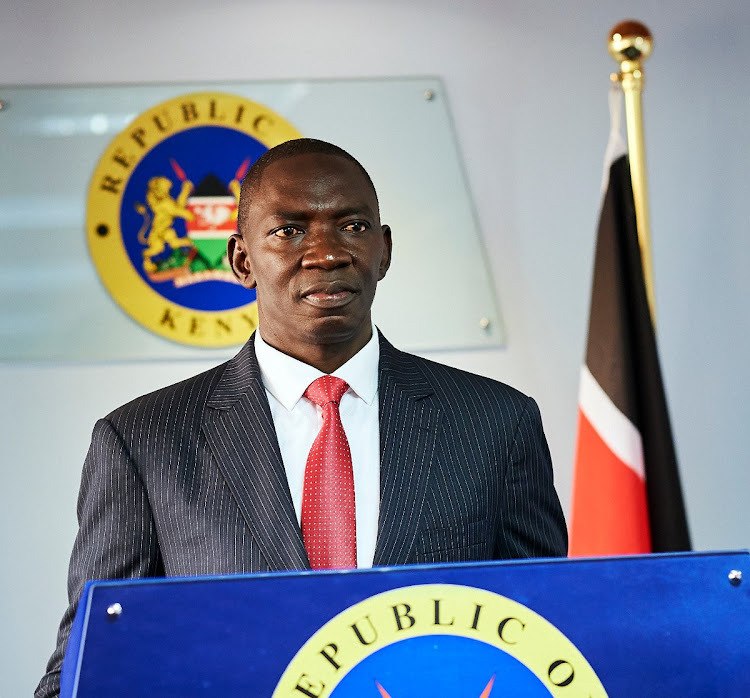 Kenyans spreading fake alerts about coronavirus on social media are being tracked and will be arrested, the government spokesman says.

Some alerts allege confirmed cases at the Kenyatta National Hospital and at Mbagathi County Hospital.

Government spokesman Cyrus Oguna said there is no reported case of Covid-19 in the country.

"It is criminal to spread such malicious and alarmist statements through social and digital channels," he said.

According to the Computer and Cyber Crimes Act,  sharing fake news and propagating hate speech attracts a Sh5 million fine or a two-year prison sentence, or both.

"These fake and alarmist rumours have been forwarded to the cybercrime unit and DCI for investigation, arrest and prosecution of the authors and this spreading the same," Oguna added in a statement.

He said all government communication on Covid-19 will come from the Cabinet Secretary for Health or the government spokesman or their appointed persons.

He spoke after a four-minute clip was circulated where a government official announced a confirmed case at Mbagathi Hospital.

The Star established the clip was not fake, but was recorded during a drill for the Ministry of Health officials.

"The audio being shared was part of a simulation exercise during the crisis communication trining on Covid-19 in Machakos county over the weekend," the Ministry of Health said.

On Monday, the BBC reported the number of people killed worldwide by the coronavirus has exceeded 3,000, as China reported 42 more deaths.

The controversial Computer Misuse and Cybercrimes Act was initially suspended following a petition by the Bloggers Association of Kenya.

On February 20 this year, the High Court dismissed the bloggers' petition that challenged the constitutionality and legality of several provisions of the Act.

Kenyans have also been asked to remain vigilant as the risk remains high.
News
2 years ago

Coronavirus: How the Chinese face stigma in Kenya