Coronavirus: How the Chinese face stigma in Kenya

It isn't fair but it's happening and the worst of it is on social media.

• Kenyans know about stigmatisation from the period of white colonisation, yet now they become the stigmatisers of Chinese for fear of the coronavirus.

• The Chinese Embassy says so far there are no serious complaints of racism, but social media is another story. 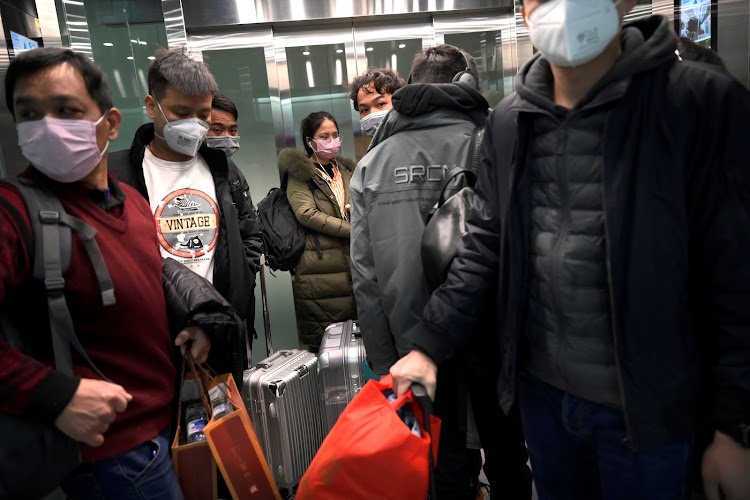 People arriving at the Beijing Daxing International Airport wear protective face masks in an elevator of a subway station, as the country is hit by an outbreak of the novel coronavirus, in Beijing, China February 20, 2020. REUTERS/Tingshu Wang/File Photo

I'm visiting a restaurant known for its Swahili dishes in Nairobi's busy Central Business District, I spot a Chinese lady seated in the corner.

Since I am here to meet a friend, I grab my seat and order for my chicken biriani since I love Coast foods.

A few minutes later, a woman comes in through the door and grabs a seat next to the Chinese lady without noticing her.

She orders ugali, grilled chicken and salad topped with mango juice. She then leaves for the Washroom, probably to wash her hands, but leaves her bag on the table.

When she returns, she finds her food already served and then she notices the Chinese seated opposite her.

She quickly grabs her bag, leaves her food and sits at a far corner in the restaurant.

When the waiter takes the already served meal to her, she rejects it and asks for another serving.

In another case, a lady known as Njeri Wangari tells the Star that as she boarded a  matatu from Westlands to town, the bus stopped at the stage to pick up a passenger.

"The passenger was a male Chinese. He got in but the look on people's faces could tell you what was running through their minds," Wangari said.

It has been two months since the novel strain coronavirus hit China's Wuhan city killing more than 2000 people.

As the scientists rush to find a cure and a vaccine for the fast-spreading disease, panic has hit most people across the globe, including Kenya.

With misinformation sweeping around the globe, WHO has outlined the facts and myths surrounding the disease to calm nerves and encourage people to protect themselves and be smart.

Overall, more than 3000 deaths and more than 90,000 confirmed infections have been recorded in mainland China. About 17,000 patients have recovered.

But with all this information and misinformation, the Chinese in China and many Chinese staying in Kenya have been faced with stigmatisation. Many Kenyans do not want to associate with them for fear of contracting the virus.

Some people covered their mouths and noses with handkerchiefs and their hands and turned away.

In Mombasa, one of the passengers reported that a Chinese boarded the ferry from North Coast to South causing panic among the passengers.

"When the ferry was about to embark, the Chinese boarded it and immediately, one of the passengers shouted 'mimi sitaki coronavirus, sitaki na sitaki',"

The man said this as he walked away from the man. This made other passengers to also stare at the Chinese who was now left wondering.

"Hiyo si poa" some of the passengers were heard whispering as they arrived South Coast.

These are just three of the many incidents that demonstrate how the fear of coronavirus has developed into an irrational fear of Chinese in general. Most, of course, is perfectly healthy.

Chinese Embassy chief of Information Huang Xueqing told the Star the embassy has not yet received serious complaints of racism or stigmatisation.

"...but some Chinese citizens mentioned they hear some Kenyans whisper 'coronavirus' towards them on the street or in the market and they feel unhappy about it," Huang said.

However, she said many Chinese citizens have expressed their worries and fears about social media racism and stigmatisation.

"They are affected by many social media posts, comments and opinions involving racism, violence, stigmatisation and discrimination," she said.

"...and also [there is] misinformation or misleading reports on major media. We hope more objective information and reports could be presented to help the public get reasonable views on this issue."

The viral outbreak has seen a rise in anti-Chinese sentiment, xenophobia, and prejudice against people of East Asian descent — South Koreans, Japanese, Singaporeans, Malaysians, Indonesians, Asian-Americans. To the uninformed, they all 'look' Chinese.

Fortunately, movements on social media have sprung up to counter racist stereotyping. In France, the hashtag #JeNeSuisPasUnVirus, meaning “I am not a virus” is widely being used. 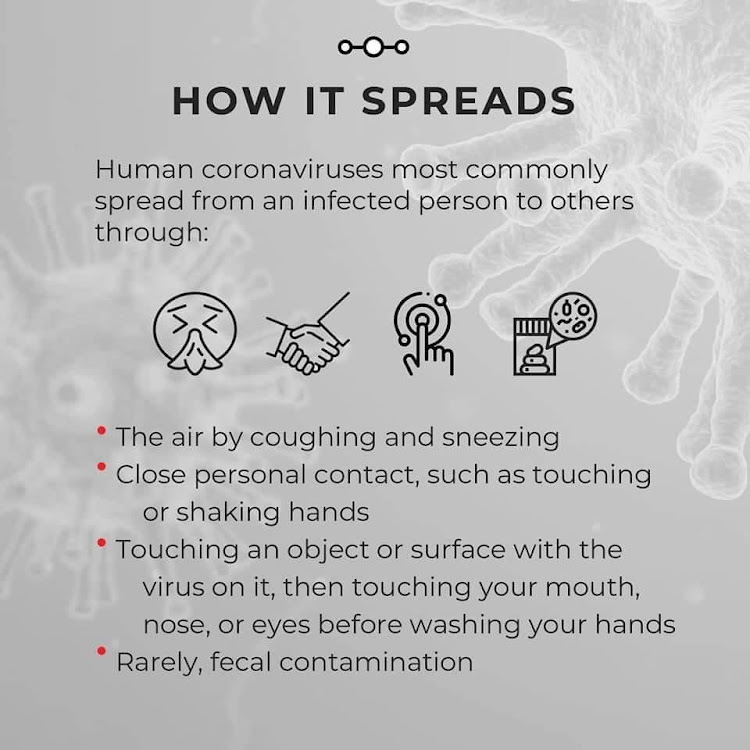 Stigma hurts everyone by creating irrational fear and anger towards ordinary people — instead of the disease that is causing the problem.

Citizens can fight stigma by providing social support. We can communicate the facts that being Chinese or Asian American does not increase the chance of getting or spreading the disease.

Last week, the Chinese Embassy in Kenya urged against racist remarks towards its citizens visiting Kenya.

The embassy said that such treatment could endanger the lives of the Chinese.

“We call for a rational and scientific approach towards the Chinese communities, firmly object any irresponsible and even racist remarks made by one of the MPs,” the embassy said.

Mavoko MP Peter Makau had asked residents to isolate themselves from Chinese nationals.