NO CAUSE FOR ALARM

No Chinese is hospitalised in Athi River over coronavirus — police

Deputy county commissioner David Juma says reports doing the rounds on social media that a Chinese was quarantined and rushed to a hospital were misleading and hyped.

• The police and the Chinese Embassy condemned remarks by Mavoko MP Patrick Makau that residents should stone any Chinese spotted in his constituency. 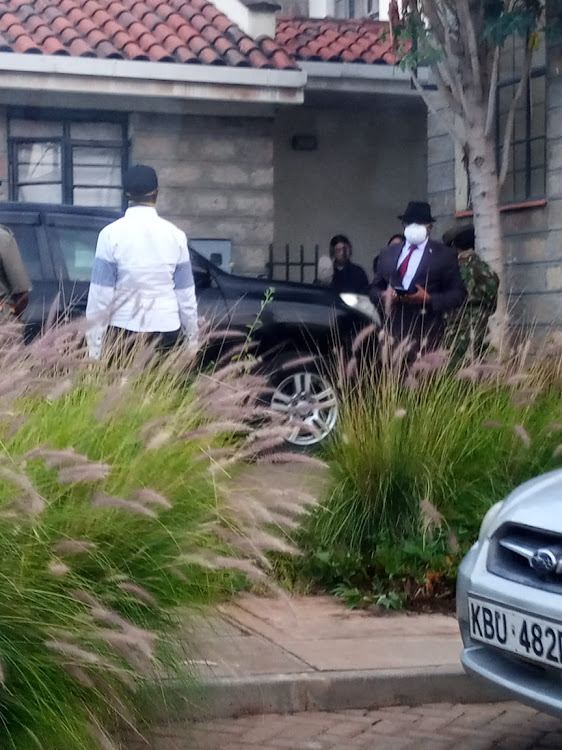 There is no case of the coronavirus in Athi River, deputy county commissioner David Juma has said.

Juma said on Friday that reports making the rounds on social media that a Chinese was quarantined and rushed to a hospital were misleading and hyped.

"It is true that a Chinese woman landed at JKIA on the said flight from China but quarantined herself inside her house on Sabaki estate in Sidai, Machakos county," he said.

"We have visited the scene and confirmed that the woman quarantined herself inside her house on the estate for 14 days as a matter of the Chinese procedure."

He said that when the subcounty security team visited the estate on Thursday, they established that Chinese nationals working in Athi River industrial parks lived in five houses.

"They received a Chinese visitor yesterday (Thursday) by the name QI XIAO LI, a female of about 35 years from Anhui province, China. She is said to have been brought to the estate from the Jomo Kenyatta International Airport by an Uber taxi wearing a face mask and ushered in by her colleagues — all in masks," Juma said.

He told the residents to remain calm and ignore politicians peddling lies. In particular, he warned Mavoko MP Patrick Makau against making reckless statements that might incite the public into violence.

"I told area MP Patrick Makau to desist from inciting the public. He should stop making such remarks as he posted on his social media platforms on Thursday," Juma said.

On Thursday, Makau, though his post on social media, urged residents to stone any Chinese national spotted in his constituency.  The Chinese Embassy condemned the sentiments.

"While the Embassy will continue to require all Chinese nationals entering Kenya to cooperate with the Ministry of Health and follow the 14-day quarantine instructions, we call upon a rational and scientific approach towards the Chinese community and firmly object to any irresponsible and even racist remarks as seen from one of the MPs today," it said in a statement.

"The Embassy has noted a message circulating online regarding Chinese wearing masks in Athi River. After verification with the Chinese companies and diaspora groups, we wish to inform the public that there is only ONE female Chinese national who stays on that estate and arrived in Kenya yesterday."

The Embassy said the woman followed the instructions issued by the Ministry of Health and quarantined herself in her apartment upon arrival.

"The Chinese national seen wearing a mask walking around was a colleague of the lady in quarantine who had gone to deliver daily necessities. She wore a mask as a prevention measure. As the rumour went viral, the Ministry of Health sent officials to examine the lady in quarantine and established that she is in good condition," it said.

"You will be required to avail yourself to the investigating team," Munyoki said.
News
2 years ago

Hopes that the virus would be contained to China vanished on Friday as infections spread.
News
2 years ago
News
28 February 2020 - 11:00
Read The E-Paper