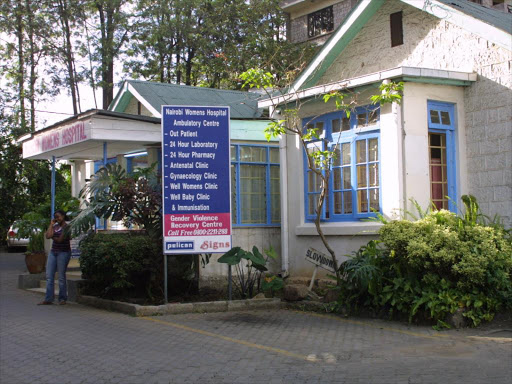 The Nairobi Women's Hospital has been cleared of allegations that it has been overcharging patients.

The Medical Practitioners and Dentist Council yesterday said the team investigating the matter had sampled and inspected numerous patient files. It launched investigations after claims the hospital was milking patients dry in a crazy revenue collection drive.

“Based on the contents of those files, there was no evidence of overcharging or any instances wherein the fees charged were above the recommended rates as provided in the Medical Practitioners and Dentists (Professional Fees) Rules 2016,” the report read.

The hospital has, however, been given 90 days to ensure compliance with a series of recommendations drafted by the council. After the lapse of the period, the management is expected to confirm compliance.

For instance, it is expected to ensure compliance with staffing requirements in all its nine facilities countrywide. From the report, witnesses admitted the authenticity of the content of the WhatsApp messages circulating on social media but were not aware of the person who had initiated the circulation.

"However, upon hearing the parties, it was clear that the business approach for the hospital should align with ethics of good clinical practice more so as relates to operational decision-taking precedence over physician autonomy,” the report said.

In a document signed by council chairperson Eva Njenga, the council further wants the hospital to put in place and implement a policy that guarantees incorporation of practising medical doctors and clinical officers in senior management to guide the facility on the ethics of good clinical practice.

According to the council, the WhatsApp communications and the evidence presented to the committee showed instances where decisions made by medical officers as relates to discharges were overruled by clinical officers and nurses who were part of the management team.

The witnesses also acknowledged that the admitting clinical officers communicate with the hospital’s quality assurance team, which comprises three medical officers and other members of the group patient records through WhatsApp to get approvals for admission.

“The Nairobi Women’s Hospital should put in place and implement an appropriate policy of information management, being cognisant that digital health information can comprise confidential patient data,” the report states.

“The committee found failure by the hospital senior management, who were members of the WhatsApp group, to manage, direct and correct the nature of communication and language used therein."

In a statement, the management said it was ready to adopt the recommendations "wholly".

"The health and needs of our patients always have been and always will be our priority,” hospital founder Sam Thenya said.

"It was important to open our hospitals to an independent review, and we thank the Council for their detailed assessment and feedback. We will comply with all of their recommendations, as well as implement further improvements to ensure we are continuing to provide the highest quality service to our patients."