RECEIVED CASH THROUGH HIS FIRM

• Anthony Muhanji was among suspects recommended for prosecution in a separate Sh2.7 billion scandal. 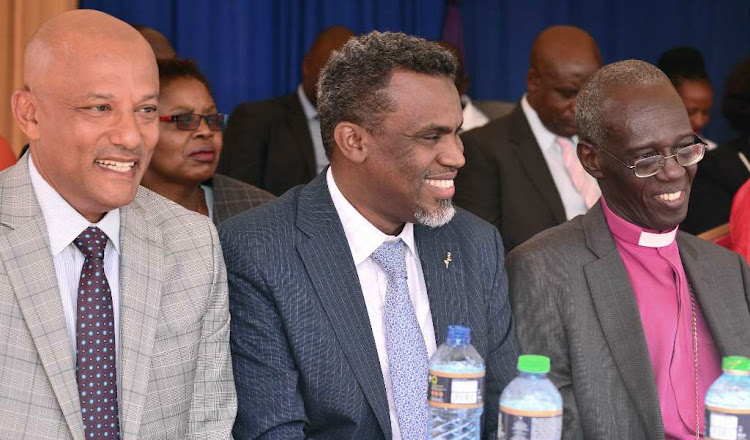 A top official of the Kenya Ports Authority who is a prime suspect in a separate Sh2.7 billion scandal mysteriously received Sh90 million from the giant state corporation, detectives have unearthed.

The fresh probe by the Ethics and Anti-Corruption Commission has sucked in Telkom Kenya Ltd whose accounts at Standard Chartered Bank have been frozen for six months.

Documents filed in court and exclusively seen by the Star show that Anthony Muhanji, a senior works officer, allegedly received about Sh90 million through his firm, Mukitek Investment Ltd.

The anti-graft agency says the payment by KPA is reasonably suspected to be corrupt since there are no documents so far to support lawfulness. There are also questions as to why the state corporation would pay a firm owned by one of its employees, in what amounts to a conflict of interest.

"There are reasonable grounds to suspect that the respondents received public funds from Kenya Ports Authority through corrupt conduct contrary to the provision of the Anti-Corruption and Economic Crimes Act,” EACC filings in court reads.

Both the EACC and the Directorate of Criminal Investigations have pitched camp at KPA offices in Mombasa for months now.

The DCI has finalised investigations into a separate Sh2.7 billion scandal at the port and recommended prosecution of several top officials, including Muhanji himself.  Others are managing director Daniel Manduku, general manager in charge of operations William Rutto and principal works officer Bernard Nyobange.

In one case, the DCI discovered that Sh3 billion set aside and approved for the purchase of land for the Inland Container Deport in Nairobi was diverted to finance the concreting of the Makongeni yard at a cost of Sh500 million. Of the remaining cash, Sh2 billion was used for dredging the Mombasa port and only Sh500 million was retained for the original purpose.

“The said Anthony Muhanji prepared the bill of quantities without the knowledge and approval of the HOD civil engineering, Eng Alfred Masha,” DCI detectives noted its report

In the latest case, EACC sleuths uncovered that Sh68.2 million was first wired into Mukitek accounts on November 28, 2018, from KPA in unclear circumstances. A further Sh10 million was deposited in the same account three months later on February 6, last year.

EACC documents show that Muhanji withdrew part of the money in cash in three separate tranches totalling to about Sh5.5 million. He then transferred Sh50 million to Telkom Kenya accounts, allegedly to acquire a prime property belonging to the troubled telco on the upmarket Kileleshwa Estate.

At all material times to the EACC investigations, Anthony Muhanji had control and management of the Fourth Respondent [Stone Contractors Ltd],”

When taken to task to explain why they received the amount from Mukitek Investment Ltd, Telkom Kenya said the money was from a separate firm, Stone Contractors Ltd, for the purchase of the property.

“At all material times to the EACC investigations, Anthony Muhanji had control and management of the Fourth Respondent (Stone Contractors Ltd)," the EACC said.

After establishing the suspicious money trail, the EACC on Friday moved to court and got orders freezing Telcom Kenya bank accounts. The move is meant to block the telecommunication firm from spending the amount as the commission plans to file a recovery suit against Muhanji.

“An order is hereby granted freezing Sh50 million in bank account number 0104…held in the name of Telkom Kenya Ltd at Standard Charted Bank Kenya Ltd, thereby prohibiting the respondent by themselves, or through their agents, servants or assign from transferring, disposing of, wasting, or in any way dealing with the funds in the said account,” the High Court ruled on Friday.

Sources privy to the investigations said the EACC is quietly monitoring operations at Telkom Kenya ahead of its merger with Aitel, amid claims the firm has embarked on a massive plan to dispose of some of its prime assets. According to the merger plan, immovable Telkom assets would not be part of the deal apart from the telecommunication equipment.

Late last year, Telkom put on sale Sh3.8 billion properties spread across the country to raise cash for contribution to the merger plan.

On August 26, a worked-up President Uhuru Kenyatta warned port officials over their misdeeds and hinted at possible prosecution of senior managers. By then, the President had been given a brief on preliminary investigations at the port by both the EACC and the DCI.

"You will just read in the newspapers that someone has been picked up [by detectives]. It is upon everyone to think over their actions. The culture of calling for help is no more, it will be upon you to defend yourself,” Uhuru said.

He went on, "Ni noma, hizo simu zilizimwa (Things are thick. Those phones were switched off)."

Manduku later dashed to court seeking orders to stop his arrest and prosecution over alleged fraud. He accused the DCI of conducting malicious, illegal, discriminatory and selective investigations against him and a few port managers over the execution of projects authorised by Cabinet Secretaries and the state's multi-agency teams.

Hasten KPA probe so management can focus on growth

Port has cancelled inflated tenders and should be commended for its action.
News
3 years ago

All new procurements in the authority put on hold until further notice
Business
3 years ago
Post a comment
WATCH: The latest videos from the Star
by FELIX OLICK Political Editor
News
25 February 2020 - 05:00
Read The E-Paper