Kenyans have also been asked to remain vigilant as the risk remains high.

• Thirteen suspected coronavirus cases have been reported in the country and have all turned out negative. 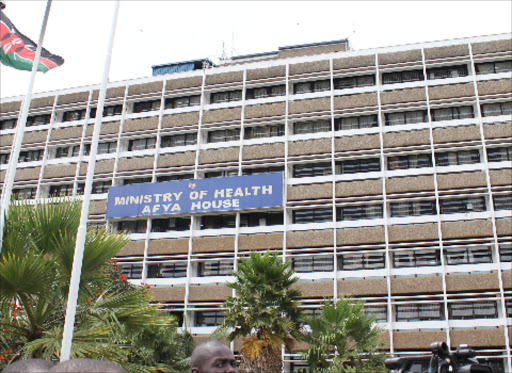 WARNING: Public Health ministry headquaters at Afya House in Nairobi. The ministry has said inactive lifestyle to blame for rise in diabetes. Photo/File

The government through the Ministry of Health has asked Kenyans to avoid unnecessary travel to countries where cases of Coronavirus have been confirmed.

In a statement released on Wednesday on an update regarding the virus, the ministry said it is on high alert and has heightened surveillance systems at all the entry points.

It said the country has so far investigated 13 suspected cases of the virus which have turned out negative.

A  Chinese working with the Synohydro Corporation, which is tarmacking the Kibwezi-Kitui- Mwingi road, was isolated for displaying symptoms similar to those of coronavirus.

Kitui County Chief officer for health and sanitation, Richard Muthoka, confirmed that the Chinese was quarantined at the company’s site at Mutomo trading centre in Kitui South.

The ministry said the two cases did not meet the World Health Organisation criteria.

The government has also procured additional 5,000 Personel Protective Equipment with support from the USAID.

Kenyans have also been asked to remain vigilant as the risk is still high.

According to WHO, 73,332 cases of coronavirus had been reported by February 18 worldwide with 1870 deaths, majority from mainland China.

The death toll of 97 on Sunday was the largest in a single day since the outbreak was detected.
News
2 years ago
Post a comment
WATCH: The latest videos from the Star
by KEVIN CHERUIYOT Online Journalist
News
19 February 2020 - 11:56
Read The E-Paper