Girls made to believe boys are smarter in science — UN Women

• By the age of six, girls are less likely than boys to describe their gender as brilliant or join activities for 'very smart children'.

• Unesco data indicates only 14 per cent of women in Kenya are in natural sciences and 11 per cent are in engineering and technology. 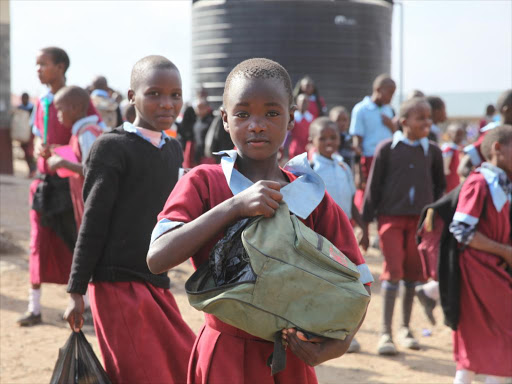 STEM CAREERS: A schoolgirl poses for a photo outside a school in Kajiado on July 21, 2017.
Image: COURTESY

Girls are often made to believe that compared to boys they are not smart enough for science, technology, engineering and mathematics (STEM) education and careers.

According to UN Women, recent studies have indicated women in these fields are published less, paid less and do not progress as far as men in their careers.

This is because traditional stereotypes hold that women ‘don’t like maths’ and ‘aren’t good at science’, compared to boys.

A 2017 study on gender stereotypes about intellectual abilities states that by the age of six, girls are less likely than boys to describe their gender as brilliant or join activities for 'very smart children'.

However, at age five, children seemed unable to differentiate between boys and girls in expectations of really smart.

In Kenya, boys have continually outshone girls in science and mathematics subjects.

As the world marked the International Day of Women and Girls in Science on Tuesday, data from Unesco shows that in 2010, only 25.7 per cent of women in Kenya were researchers.

"Today, just 30 per cent of researchers worldwide are women, and only 35 per cent of all students enrolled in STEM-related fields of study are women," wrote UN Women.

According to Unesco, available data is not sufficient to provide insights on the full scope of the gender equality situation due to the lack of sex data and information on barriers women face.

"The way in which STEM data are predominantly collected renders women and the challenges they face in balancing social expectations and professional careers relatively invisible," Unesco said.

Other challenges include lack of recognition, insufficient data, female role models, and gender-based discrimination and lack of representation in the field of science.

Unesco data indicates only 14 per cent of women in Kenya are in natural sciences and 11 per cent are in engineering and technology.

According to the Nobel Prize website, women make up only three per cent of Nobel Prize winners in chemistry, physics and medicine.

As of last year, women had received the award 53 times with only 20 awards being in the field of sciences.

"Despite progress in ensuring opportunities for women in STEM fields, women and girls continue to be systematically underrepresented as users and leaders in the fields of science, technology, engineering, and mathematics," UN Women wrote.

"In order to achieve sustainable development goals, we need to ensure full and equal access to and participation in science for women and girls."

Post a comment
WATCH: The latest videos from the Star
by NJERI MBUGUA News Reporter
News
12 February 2020 - 23:00
Read The E-Paper