Kabogo to Waititu: Find a very good lawyer, a tsunami is coming

It was only a matter of time

• Says he wouldn't run if there was a by-election, adding that the current situation at the county is "too dirty". 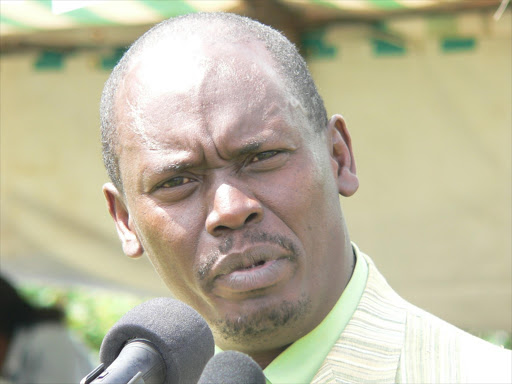 Former Kiambu Governor William Kabogo has said Ferdinand Waititu's impeachment was more a matter of when, rather than if.

"When a widow says, 'I was forced to transfer land' what else did you expect... Find a very good lawyer. What I have seen is strong (evidence) and it is coming.. this is a tsunami?" he said.

Kabogo spoke on Thursday during an interview with NTV.

Waititu has been accused of defrauding a widow of her plot.

"He (Waititu) talked about propaganda, and it is the same propaganda he used of saying that I insult women. But I said one day, I'll be vindicated," Kabogo said.

He poured cold water on Waititu's 'Kaa Sober' project which was meant to rehabilitate alcoholics, saying there were questions on how the amount was spent.

A total of Sh1 billion was used up in the project, but queries were raised about how the money was spent.

Kabogo denied he had a hand in Waititu's downfall, adding that, "vengeance is for the Lord."

He said he could not comment on whether he would run for the Kiambu seat in 2022, saying it was too early to tell.

"A week in politics is a long time," Kabogo said.

When asked about his expectations of Nyoro once he is sworn in, Kabogo said the ideal situation would be the deputy governor to go home with the governor if he is impeached and the same should apply for the President and Deputy President.

Kabogo, however, said he wouldn't run for governor even if there was a by-election, saying there is "too much dirt".