Magoha said the local community should be interrogated over Monday's attack.

• He says terrorists cannot come from nowhere and attack people and the local community must be interrogated because Kenyans cannot continue living in fear.

• He says every teacher has a right to work anywhere in Kenya, and they should be protected regardless of their tribe or religion. 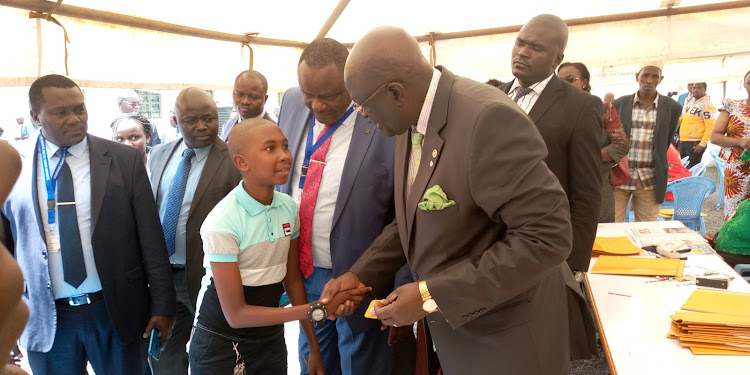 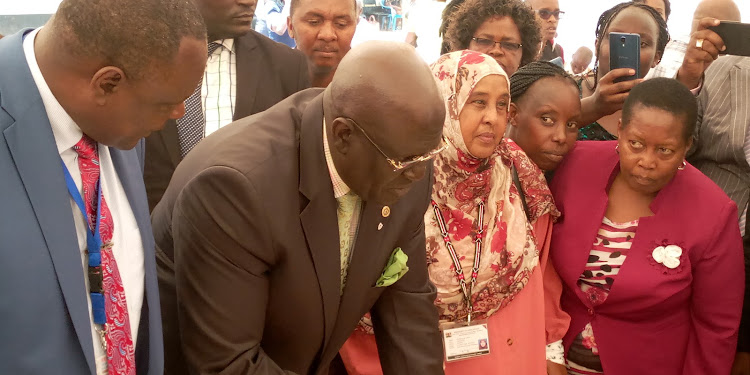 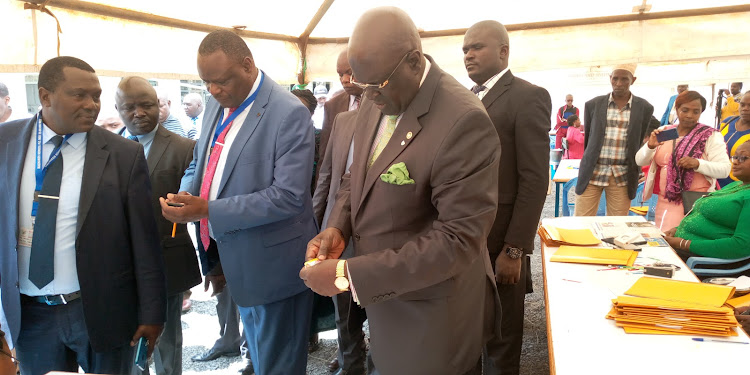 The slain teachers were non-locals.

He said on Tuesday that the local community "failed to help the teachers" during the attack, and they should be interrogated.

"Some locals must be answerable and the law must apply because I don't believe that terrorists can come from nowhere and attack people. The local community must be interrogated because we cannot be afraid in this country," Magoha said.

While condemning the attack, Magoha assured teachers working in Northeastern of their safety, saying the government had beefed up security in the area.

He said every teacher has a right to work anywhere in Kenya, and they should be protected regardless of their tribe or religion.

"The government is ready and willing to protect every Kenyan without fear of intimidation. Every teacher has a right to enjoy protection regardless of where one works," the CS said.

The CS spoke at Machakos Boys High School during the second day of monitoring government schools regarding the 100 per cent transition.

Magoha encouraged teachers working in Garrisa county and other parts of the country to feel secure and stop living in fear.

"Security will be beefed up in those areas but I would like to see a bit of investigation done on the locals around the school to tell us why they did not come to help out during the attack on teachers who went to sacrifice their lives on their behalf. It’s as simple as that,” he added.

He said the teachers should remain in their duty posts and those involved in the killings will face the full wrath of the law.

"Justice must be done. It is very painful to lose a teacher who has gone from his native area to offer services in a hardship area. You cannot use religion to kill innocent people. That's my stand," Magoha added.

“I pray that God grants them [the killed teachers] a good place in Heaven, but it will not be long before those Idiots who killed our teacher join them up there except they will be on the opposite side. They may even be asking for water but water cannot cross from this side to their side,” Magoha said.

At the same time, Magoha urged headteachers not to send students away from school over fee arrears.

He warned school heads that the government will ensure all students get quality education as per the constitution.

"Any child who presents him or herself without enough school fees should not be turned away. Not all of us are in the same category. So once the child reaches the school, first admit them, and we shall discuss other issues later," he said.

He commended well-wishers who have stepped in and paid school fees for needy students in the country.

"Instead of refunding the money I suggest you keep it for the next needy child," he said.

Indimuli, also the chairman of all secondary schools' principals in Kenya, urged principals to update a database that would allow sponsors and parents to access information regarding their arrears.

"My appeal is to all principals who are supporting students in schools and the ministry as well to create a database where everybody sponsoring any child in any school can access that information and know which child needs help," he said.