• Lawyer Miguna Miguna claims that he was not allowed to leave Germany ahead of his scheduled return to Kenya.

• The High Court on Monday issued orders compelling the state to facilitate the entry of Miguna into Kenya on Tuesday. 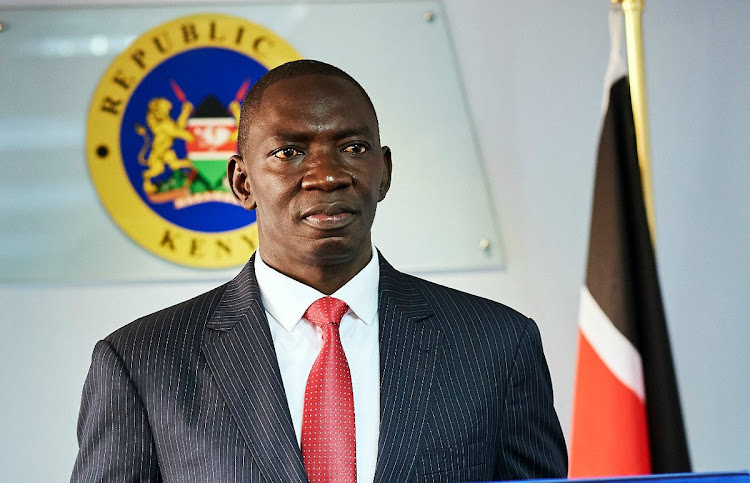 Speaking on phone to The Star on Tuesday, Oguna said that the President had allowed for the lawyer's comeback.

On December 30, during the funeral service of the late Charles Rubia in Murang'a county, Uhuru said that the freedom of expression was everyone's right.

“I have heard that some people are now planning to fly into the country. Let them come because that is their freedom,” Uhuru said.

Oguna added that the communication from the Immigration Department released on Monday stating that it was ready to comply with court orders is a clear indication that the government was ready to have Miguna back to the country.

The High Court on Monday issued orders compelling the state to facilitate the entry of Miguna into Kenya on Tuesday.

Justice Weldon Korir said the Director of Immigration, DCI and National Police Service should not interfere in any way with Miguna's entry into the country.

The Interior Ministry also confirmed it will comply with court orders directing it to allow the lawyer back into the country.

Miguna on Tuesday morning claimed that he was not allowed to leave Germany ahead of his scheduled return to Kenya.

Speaking to Hot 96, Miguna said German authorities have been instructed not to allow him board flight to JKIA or any other African country.

He said he has already sent an SOS to his lawyers insisting that the order came directly from President Uhuru Kenyatta.

Miguna barred from leaving German airport ahead of Kenyan return

Lufthansa says it received a red alert from Kenyan authorities.
News
2 years ago

Miguna gets greenlight to return from forced exile