Utamaduni Day will be set aside to celebrate country’s rich cultural diversity and heritage.

• Kenya had been marking the holiday since 1988

• Utamaduni Day would be set aside to celebrate the country’s rich cultural diversity. 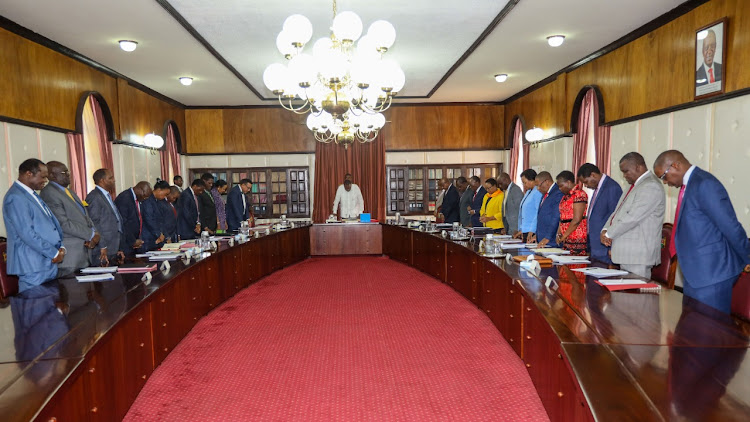 The Cabinet has approved the renaming of Moi Day to Huduma Day.

The approval was made on Thursday.

Kenya had been marking the holiday since 1988, when President Daniel Moi marked 10 years in power but it was scrapped in 2010.

The High Court reinstated the day to be marked as a holiday on grounds its removal was in contravention of the Public Holidays Act.

Under the proposals to amend the Public Holidays Act (Cap 109), the Cabinet also approved the renaming of Boxing Day which falls on December 26 to Utamaduni Day.

Boxing Day is an international holiday.

Utamaduni Day would be set aside to celebrate the country’s rich cultural diversity and heritage.

The proposed amendments to the Public Holidays Act will take effect once approved by Parliament.

The Cabinet meeting was chaired by President Uhuru Kenyatta at State House, Nairobi.

During the launch of the Building Bridges Initiative at the Bomas of Kenya, Uhuru encouraged Kenyans to celebrate Boxing Day in the own diverse African way devoid of foreign trappings.

He dismissed the opening of gift boxes associated with Boxing Day as foreign culture irrelevant to African culture.

“As a country, let us have a Maasai family visiting the coastal region to see those big fish and families from Busia visiting people in Kisumu to learn and celebrate diverse cultures,” he said.

The Cabinet also approved the coming into operation of the New Kenya Planters Co-operative Union (KPCU) as well as the immediate operationalisation of the Coffee Cherry Advance Revolving Fund.

Why Matiang'i has declared Moi Day a public holiday