KCSE results to be released today

Magoha is expected to brief Uhuru at the State House before results are made public.

• A total of 699,745 students sat for this year's examinations which were concluded on November 27. 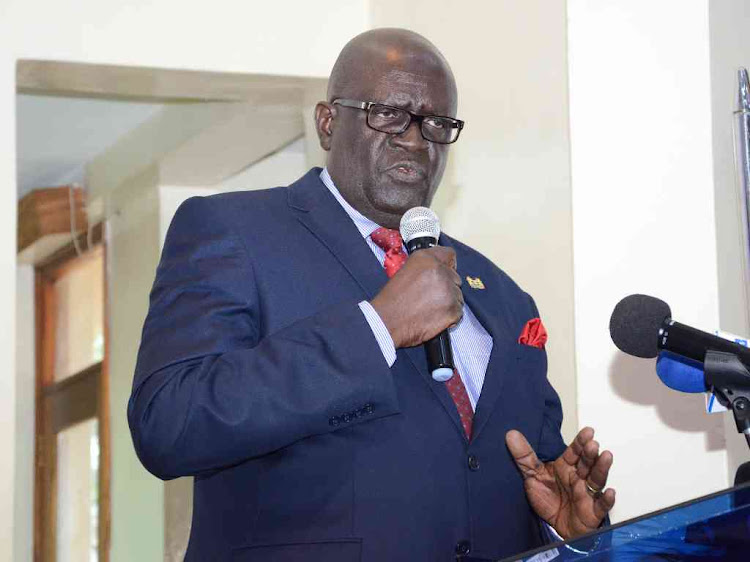 Education CS Prof. George Magoha during the launch of the Form One selection at KICD,Nairobi on December 2nd 2019./DOUGLAS OKIDDY

This comes after the Kenya National Examinations Council's Board approved the results on Monday.

Magoha is expected to brief President Uhuru Kenyatta on the results at the State House before being made public.

A total of 699,745 students sat for this year's examinations which were concluded on November 27.

The 14-day marking process started on November 28 and came to an end on December 12 and Knec officials started to analyse the results.

The 2019 KCSE results come three days earlier than 2018 where results were released on December 21.

The cases of cheating in this year are expected to reduce after the government said it had sealed all the loopholes during the exams.

Magoha had said that the state had discovered the strategies mostly used by those involved in examinations malpractices.

They include the usage of mobile phones, impersonation, leakage of exam papers, teachers writing answers on papers and passing them to candidates and centre managers compromising those involved in the process including security personnel.

In 2018, male candidates dominated the list of top 100 exam performers.

KCSE results to be released next week

Marking of the KCSE scripts came to a close this week despite protests that engulfed the two-week exercise.
News
2 years ago

Magoha told the students to resist "help from hell" during KCSE.
News
2 years ago