Thousands of people in 32 counties are resisting pleas to abandon their homes and properties, which are slowly being marooned by floodwaters.

•Floods and landslides have displaced 17,000 people from their homes and killed 132 since October

Rain-triggered disasters, including flash floods and landslides, have killed at least 132 people and affected nearly half a million others across the country since October.

Homes have been demolished, crops destroyed and roads swept away during an unusually severe rainy season.

More than 60 people died two weeks ago in West Pokot and the continued heavy rains are hampering relief efforts in far-flung areas of Northern, Western and Eastern Kenya.

The torrential rain is uncommon for this time of year. Experts have said Kenya is experiencing heavy rains due to climate change. The country is witnessing rain of up to 50-100mm in a day in some areas, according to the Kenya Meteorological Department.

Despite warnings that the heavy rains are set to continue until the end of the month, thousands of people in 32 counties are resisting pleas to abandon their homes and properties, which are slowly being marooned by floodwaters.

Some of the villages could also be destroyed by landslides.

Government spokesman Cyrus Oguna yesterday pleaded with the residents to move to schools on higher grounds, where government help is awaiting them.

"We are issuing an advisory that those living in the high-risk areas such as Lake Victoria basin, Lower Tana Delta, Coast and Central regions move to safer areas," he said.

He said villagers are nostalgic about leaving behind their livestock and household items.

Government to spend Sh1 billion in aid of floods victims

350,000 people have been affected by the floods in the country.
News
2 months ago

"We want to save your lives first. You can buy other sheep and goats later," Oguna pleaded yesterday, but did not give the number of those refusing to move.

The Meteorological Department has already warned the destructive rains will continue until the end of this month and flooding will worsen.

"The government has designated camps where people can move to and assistance can be sent to them," Oguna said.

Approximately 330,000 people are already adversely affected by the heavy rains, which began in October and intensified at the end of November.

Floods and landslides have displaced 17,000 people from their homes and killed 132 since October, the government spokesman told journalists in Nairobi yesterday.

"As the government, we deeply regret the continued loss of lives and property and express heartfelt sympathies and condolences to the affected families, especially those who have lost their loved ones," Oguna added.

A list from his office shows an undetermined number of people are still marooned in different parts of the country, but efforts are ongoing to rescue them.

More than 11,000 livestock have been swept away, an undetermined acreage of farmlands have been submerged and crops destroyed. 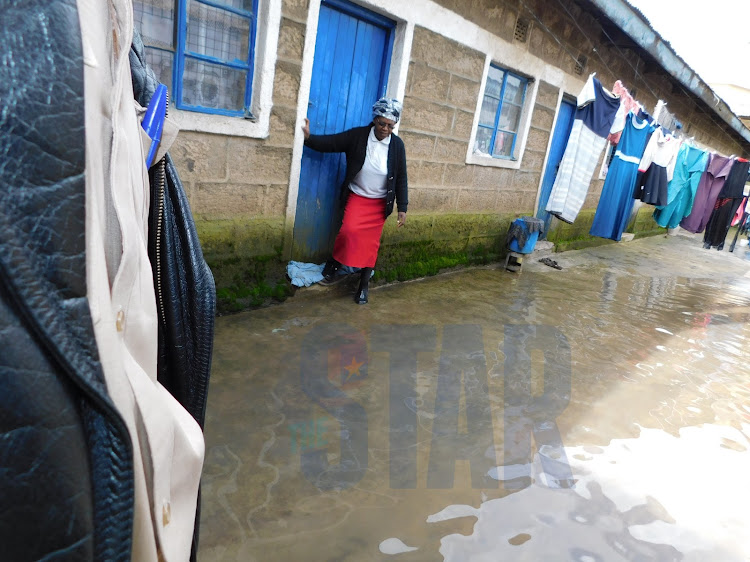 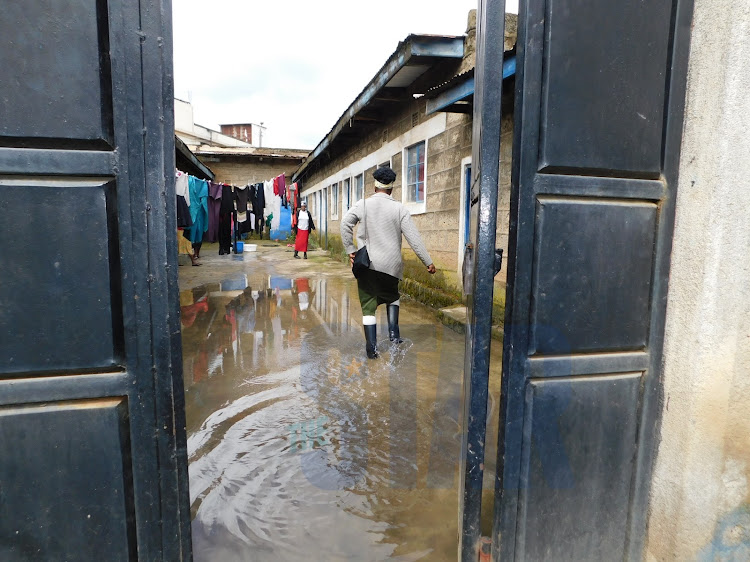 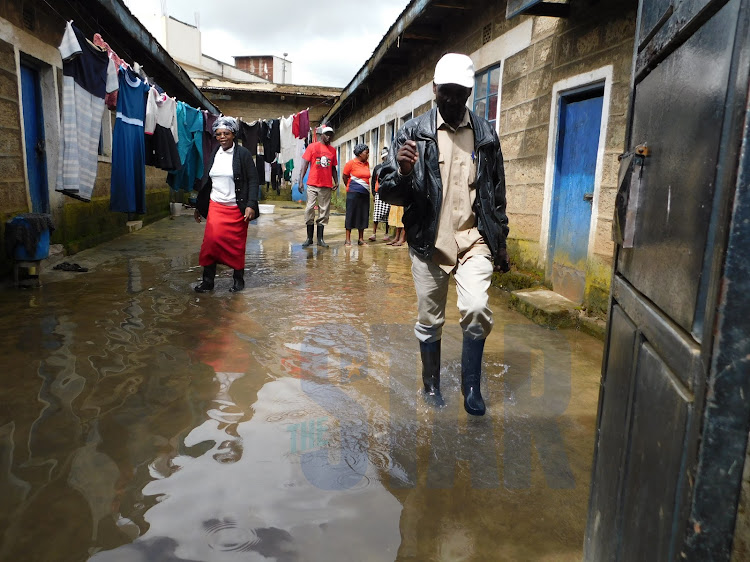 Numerous schools and health centres have also been flooded and most water systems clogged.

"A government multi-agency team is assessing the extent of damage on infrastructure and undertaking repairs," Oguna said.

He was accompanied by Micah Powon, the Principal Secretary in the State Department of Arid and Semi-arid Lands, and Charles Sunkuli, the Devolution PS.

The 32 counties with a red alert are Lamu, Kwale, Mombasa, Kilifi, Tana River and Taita Taveta at the Coast.

Those in North Eastern are Mandera, Wajir, Turkana, Garissa, and Samburu while in Eastern Kenya are Isiolo, Marsabit, Makueni, Kitui, Machakos, Embu, Meru, and Tharaka Nithi.

In the Rift Valley are Baringo, West Pokot, and Elgeyo Marakwet while in Nyanza and Western, Kisumu, Homa Bay, Migori, Siaya, Kisii,  Trans Nzoia, Busia, and Bungoma are on the alert.

Murang'a has also been mentioned as risky because of past landslides.

Oguna defended the Meteorological Department, saying its forecasts are highly accurate but Kenyans refuse to take them seriously.

"They are dead accurate, and they use the most sophisticated equipment. They also give the forecasts on time. The current rains were predicted in October, but when we tell people to move, they do not," he said.

Oguna singled out 13 most affected counties where the government has sent most relief items. 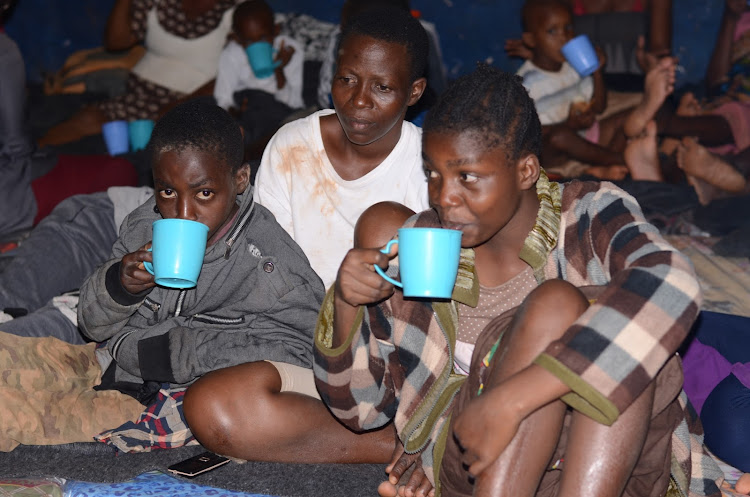 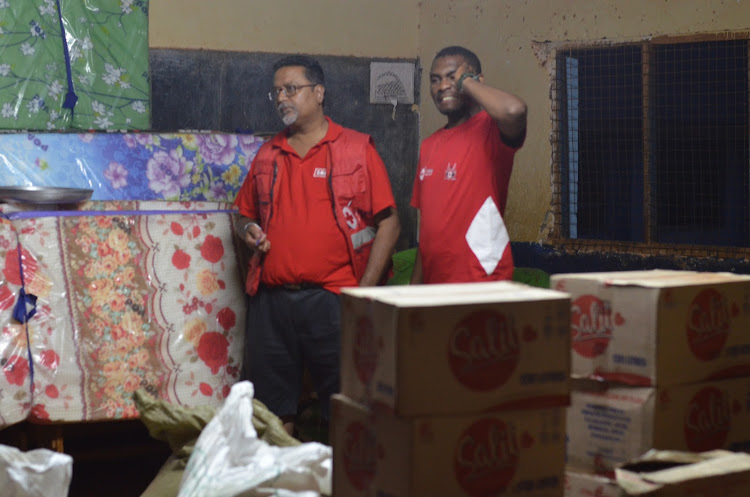 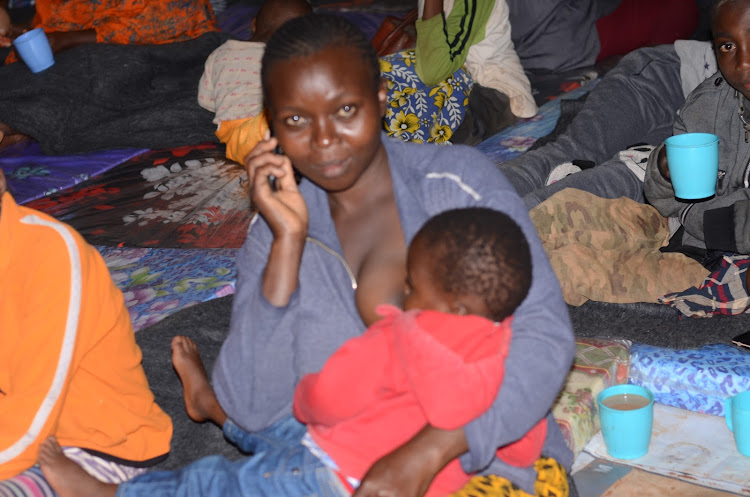 "All affected areas have received drugs, mosquito nets, blankets, and water treatment tablets among others to alleviate their suffering. We are appealing to people of goodwill to help with building materials," Oguna said.

She noted the flooding might trigger more landslides and displace more people.

Met said the rain this month will definitely exceed the highest amounts experienced in December in recent years.

Aura said more flooding and landslides will happen because the ground is already saturated with water.

She said the heavy runoff generated during severe storms is likely to lead to flooding and disruption of transport systems in Lake Victoria basin and highlands of the Rift Valley.

She said in Turkana, West Pokot, and Samburu, occasional flash floods are likely to occur during this period and may lead to the destruction of roads and bridges.

"Spillage from neighbouring catchments may cause flooding even in areas that are devoid of rainfall," she said in a statement.

Aura also warned the hilly parts of Central Kenya, such as Murang'a, county may have landslides and mudslides.

She urged Kenyans in the rest of the country to watch out for flooding.

The current forecast shows most rain will fall in the lower half of Kenya and increase as one moves toward Tanzania.

An analysis of the rain last month shows most regions received more than 200 per cent the average rain for November.

Mombasa meteorological station recorded 289 per cent of its monthly mean for November.

Other stations that recorded more than 200 per cent include Lamu, Msabaha, Malindi, Mtwapa, Wajir, Narok and Mandera.

Up to November 27, Karurumo rainfall station in Embu recorded the highest total rainfall amount of 655.1mm followed by Meru.

Some of the villages could also be destroyed by landslides.
InPictures
2 months ago
STAR COMMUNITY POLICY AND PARTICIPATION GUIDELINES
by JOHN MUCHANGI Science Editor
News
04 December 2019 - 05:00