• A cow said to have been swept by overflowing water from the dykes last week on Thursday. 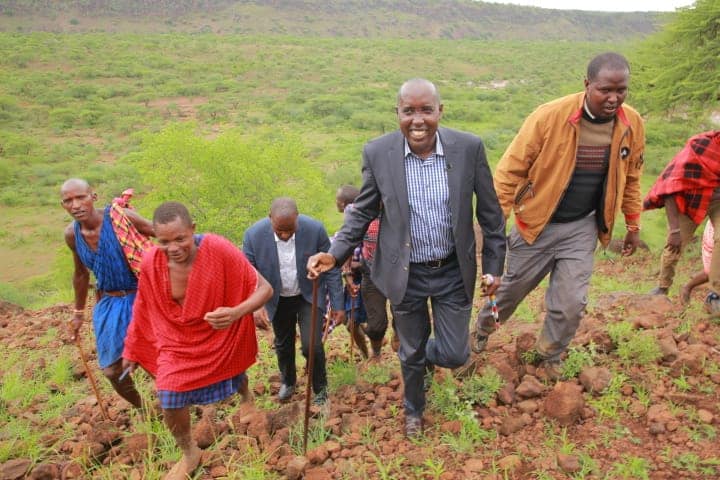 Armed policemen have stood guard on the banks of Kisamis River to take on any eventuality.

The development comes days after a cow was swept by overflowing water from the dykes last Thursday after Tata Chemicals allegedly failed to control the water.

The dykes were constructed last year by the multinational soda mining company to divert the river that flows directly to Lake Magadi and control silting.

Tata Chemicals said they could not comment on the matter and that they have sought justice from the courts.

Speaking to the Star in confidence, a source on Tuesday said they had warned the morans to keep off the dykes after they allegedly brought down 20 gabions three days ago.

MCA Peter Tirishe on Tuesday accused the multinational company of “giving us a raw deal over the construction of the dykes”.

“The company in our mutual agreement had promised they it would take care of floods caused by the same, but they have reneged on their promises,” Tirishe said.

He claimed the company has been not cooperating with the community "yet his ward is not under the concession area of the company".

Tata Chemicals has a concession area of 224,000 acres in Magadi whose rates they pay. Under the existing laws, they control all the resources under the concession area.

The source from the firm, however, said he is under instruction to protect company property.

“There have been a series of meetings from last week to address the standoff between the company and the residents of Mosiro, but what has emerged is that there are orders made by the courts which we cannot discuss at the moment because they have not been dealt with," he said.

Governor Joseph Lenku, who has been at loggerheads with the multinational company over an alleged unpaid bill of lease amounting to billions of shillings, flew to Mosiro on Sunday and met the community.

Lenku has been quoted saying he will ensure the dykes are brought down because they were allegedly put up without his permission.

The governor has at least once tried to bring down the dykes but his engineers were repelled by armed policemen.

Tirishe claimed the area around the dykes is called Oloolchakanai sitting on 18 acres specifically set aside for grazing by the Mosiro Maasai.

“The floods that occurred between Thursday last week and Monday have displaced 124 homesteads. Tata has not even come to console my people. The silt they are complaining about has nothing to do with my people,” Tirishe said.

On March 15, Lenku called for the arrest and prosecution of former Kenya Airways boss Titus Naikuni for allegedly misadvising Tata Chemicals to divert a seasonal river.

He had also recommended the arrest of Tata Chemicals top managers "for working with Naikuni to divert Kisamis seasonal river 100km from their concessional land in Mosiro ward".

“This impunity is set to destroy livelihoods of thousands of marginalised Mosiro residents in Kajiado West subcounty,” Lenku had said while on a tour of Rombo, Kajiado South.