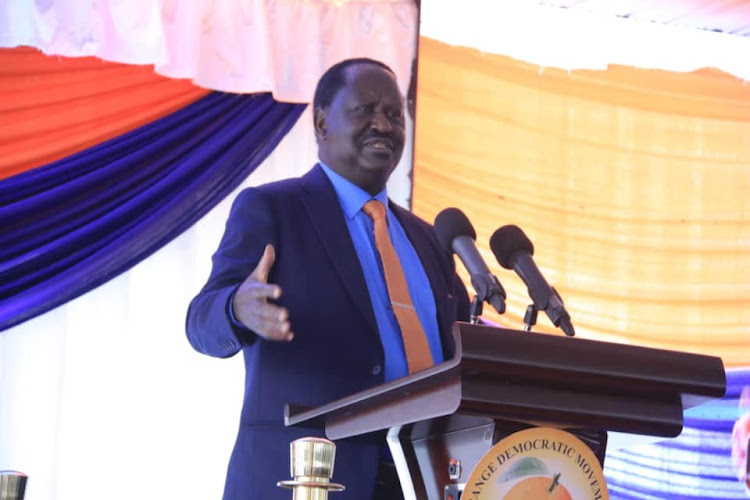 Raila Odinga has appealed to the World Bank to help fast track the development of Mwanza, Port Bell and Jinja in addition to developing transport on Lake Tanganyika to link up with Lake Victoria and the port of Kisumu.

He emphasized the centrality of Kisumu port, with capacity to deliver goods and tourists to Bukoba for onward movement to Bujumbura and Kigali.

“With the port, tourists will fly to Kisumu and take a ship to Musoma then travel to Mwanza and Serengeti and continue to Bukoba, Kampala, Jinja then back to Nairobi,” Raila said through his aide Dennis Onyango.

World Bank Vice President for Infrastructure Makhtar Diop on Thursday reaffirmed the institution’s continued strong commitment to developing lake waterways in the region where Lake Victoria and the port of Kisumu are to play a significant role.

Diop said the World Bank is committed to supporting not just the port of Kisumu, but also funding the construction of the Lake Ring Road in addition to setting up a school for maritime activities in Kisumu and helping small towns around the lake to grow.

He spoke at a meeting with Raila, the High Representative for Infrastructure Development in Africa of the African Union.

Diop appealed to the former Prime Minister to add the development of waterways as a core component of the continental Africa agenda, singling out Lake Victoria and the Port of Kisumu for their potential to uplift the entire eastern Africa region.

“When we worked on upgrading Kisumu Airport to its current status, feasibility studies showed it would handle only 200,000 passengers. Kisumu International Airport handles 800,000 passengers and the numbers are rising,” Diop said.