Over 10,000 people displaced after landslide sweeps through villages in North Rift county 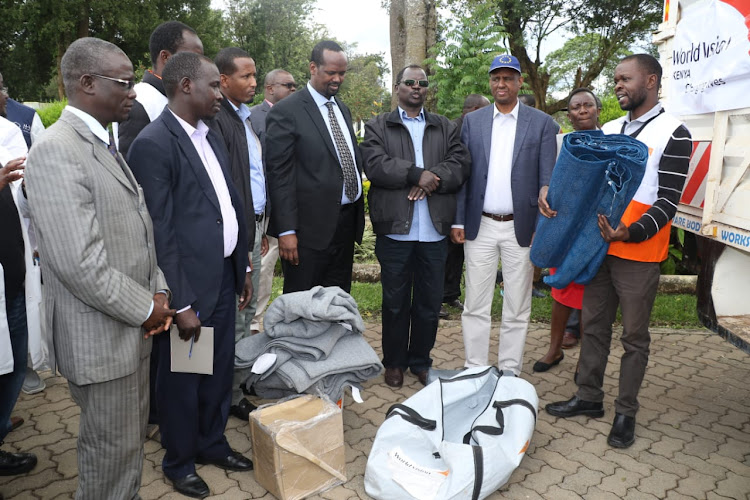 West Pokot residents have criticised the government for the slow response in helping victims affected by Saturday's landslide that killed 58 people.

Paul Limakau on Wednesday said, “We have not seen the help the government has offered us. Today the weather is clear, the military choppers should be helping us in transporting food to the affected families."

The residents said the government had shifted focus to the BBI report and forgotten them. They, however, thanked Red Cross, saying the group camped with the in the cold and offered crucial help.

“Red Cross has been with us since this calamity occurred,” Limakau said.

“We have a mother with a three-day-old baby and she has not received warm clothes. They have only one blanket. Their house was washed away,” Teko said.

On Tuesday, Governor John Lonyangapuo appealed for warm clothes and blankets saying the region is very cold. He said they visited IDP camps and found children shivering and coughing.

On Wednesday, Lonyangapuo received a consignment of food and non-food items from donors. The donation came from Al Khair Foundation, Kape matt, the  business community and churches.

The aid was immediately dispatched to Mwino and Parua villages where the landslide occurred.

Lonyangapuo said nine people from Mwino were not yet accounted for. The death toll stood at 58 as of Wednesday.

The governor called for more support, saying over 10,000 people had been displaced. The IDPs were living in 15 camps.

“We are happy that for the past two days rains have subsided and no more deaths have been reported. Our focus should now move to helping the affected people,” Lonyangapuo said.

Witnesses said a father, his wife and his two children were buried alive by debris.
News
2 years ago
by MARYANN CHAI Correspondent, West Pokot
News
27 November 2019 - 16:13