Kinyua issued circular in February 2016 — it has generally been ignored

•The plum state jobs have also become a preserve of influential retired politicians and widows and widowers of politically connected individuals. 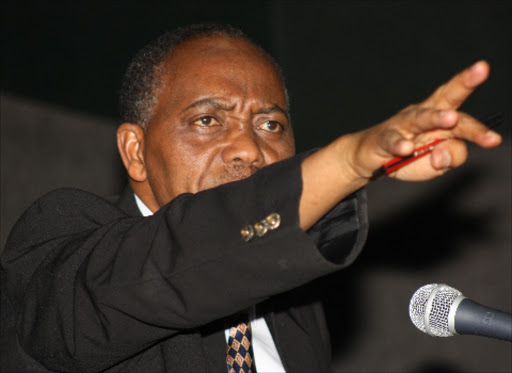 The CSs — and on Friday President Uhuru Kenyatta himself  — have been ignoring a circular issued by Kinyua in February 2016, stopping such plum appointments.

In the latest appointment published in the Gazette notice on Friday, President Kenyatta appointed Uasin Gishu Senator Margaret Kamar to the board of the National Fund for Disabled of Kenya.

Kamar was appointed alongside Cecilia Mbaka and Anne Mugambi as trustees of the board whose chair is Uhuru's sister, Kristina Pratt.

To comply with the rule of law under the Constitution, it has been decided there shall be no more appointments of state officers to Boards of State Corporations on their individual capacities ...

CSs George Magoha (Education), Mwangi Kiunjuri (Agriculture), Peter Munya (Trade) and Amina Mohamed (Sports) all have disregarded the circular. They have been appointing full-time state officers, some serving politicians, to sit on the boards of the parastatals.

In the 2016 circular to all CSs, PSs and the Attorney General Paul Kihara, Kinyua cited Article 77 of the Constitution which bars full-time state officers from engaging in other gainful employment.

“In view of the foregoing and in order to comply with the requirement of the rule of law under Article 10(2) (a) of the Constitution, it has been decided that there shall be no more appointments of state officers to Boards of State Corporations on their individual capacities except where the legal instruments establishing a state corporation provides otherwise,” the circular reads.

The Star has learnt that some public officers are sitting in at least two parastatal boards, denying opportunities to qualified young people.

The Kenya Veterinary Board under CS Kiunjuri’s Agriculture Ministry has four members, all full-time public officers.

The plum state jobs have also become a preserve of influential retired politicians and widows and widowers of politically connected individuals.

Gumato was also appointed as the chairperson of the Jomo Kenyatta University of Agriculture and Technology for three years.

Among htose appointed to the boards of state corporations are the widower of former Bomet Governor Joyce Laboso, the widow of Interior CS Joseph Nkaissery, the widow of former Gatundu North MP Joseph Ngugi and the widow of IEBC ICT boss Chris Msando who was murdered in 2017.