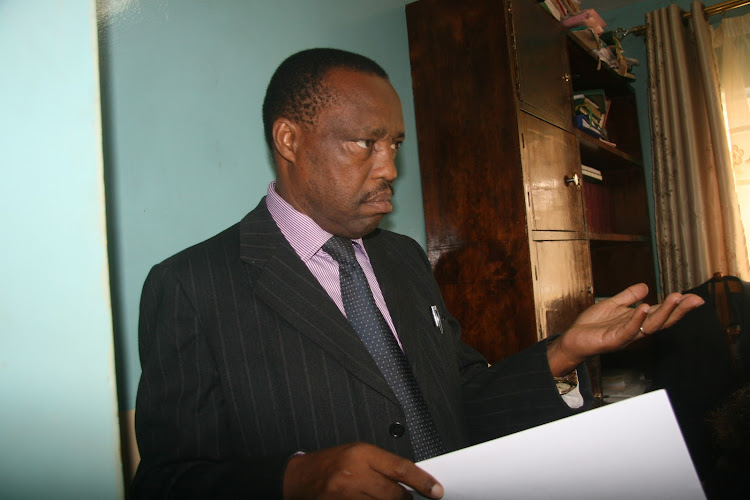 Former chief government pathologist  Moses Njue has dismissed claims by his three colleague that he stole a dead man’s heart.

Njue denied ever taking the heart belonging to Benedict Karau to perform a histology at his Kings Medical College in Nyeri.

Testifying before Meru senior resident magistrate Evans Mbicha into the death of Karau, the pathologist termed his colleagues as dishonest.

The Embu Level 5 Hospital CEO denied the organ was packaged by a mortician who gave it to his students.

During the ongoing inquiry to establish the cause of the deceased's death, the pathologist in charge of Meru Level 5 Hospital Scholastica Kimani told Mbicha that Njue disappeared with the heart and kidney of Karau to perform a histology to ascertain whether the deceased died of a heart attack.

Njue told the inquest although he appended his signature after performing a second autopsy with his colleagues, he did not agree with the conclusion of the second report.

He stated that the alleged missing heart was left in the hands of a mortician in the mortuary room after the autopsy was conducted.

Njue said there may be some grudges that led to him being incriminated in the case.

Kimani had said that during the first autopsy conducted on March 12, 2015 at Nkubu Consolata Hospital Njue in her presence, the organs were taken for further investigations at the Government Chemist.

She told the court she packaged the organs and gave them to Njue who was flanked by five students from his medical college.

“He took away the organs as well as the stomach, blood and urine samples from the body of Benedict Karau to conduct further tests” Kimani said in her testimony.

She said a histology procedure takes two weeks to complete.

The inquest was adjourned to January 23, 2020 when the state will produce five more witnesses.