'We need to assure Kenyans that their resources are safe' 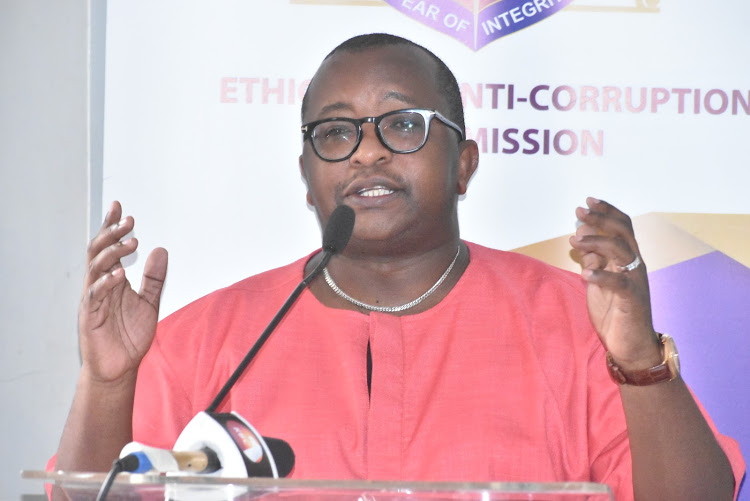 State Department of Housing and Urban Development PS Charles Hinga speaking at the launch of a systems review of the department at the Kenya Bankers Hall in Upperhill, Nairobi on Friday

Resistance to the Housing Fund levy has been blamed on public mistrust of government agencies.

“We have seen our housing fund, which is very important in the execution of this agenda face a lot of resistance and at the heart of this resistance is lack of trust,” Principal Secretary in the State Department of Housing and Urban Development Charles Hinga said on Friday.

Hinga said the restoration of public trust in the civil service is crucial to the success of the Big 4 Agenda, in particular, the provision of affordable housing.

“The most important thing that will make this programme (affordable housing) succeed is trust. And let the truth be told, there has been a lot of mistrust between the public service and those we serve,” he said.

The PS spoke during the launch of a systems review of the department at the Kenya Bankers Hall in Upperhill, Nairobi.

The Ethics and Anti Corruption Commission (EACC), under the Preventive Services division, will spearhead the systems review, which seeks to identify loopholes and weaknesses in the policies, procedures and practices of work at the department.

The review is intended to seal the loopholes and mitigate the weaknesses to forestall corruption and abuse of resources.

The systems review is the first step to restoring public trust in the department and by extension, the affordable housing project.

“This is an important exercise because we want to be a state department that can be trusted,” the PS said.

Transport Chief Administrative Secretary Chris Obure said the review will assure the public that their resources are managed prudently.

“It is important for the state department and EACC to work closely to make this programme a success for, in doing so, we can assure Kenyans that their resources are safe and being utilised appropriately,” Obure said.

EACC commissioner Dabar Maalim said counties and other government agencies have sought the commission's help in reviewing their systems.

“Our request list from the counties is actually too long. People have realised that the best way is to plug the loopholes for corruption before their good name is spoiled,” Maalim said.

State Department of Housing and Urban Development PS Charles Hinga speaking at the launch of a systems review of the department at the Kenya Bankers Hall in Upperhill, Nairobi on Friday
STAR COMMUNITY POLICY AND PARTICIPATION GUIDELINES
by OMONDI ONYATTA
News
08 November 2019 - 22:00