German hotelier in property row with his children 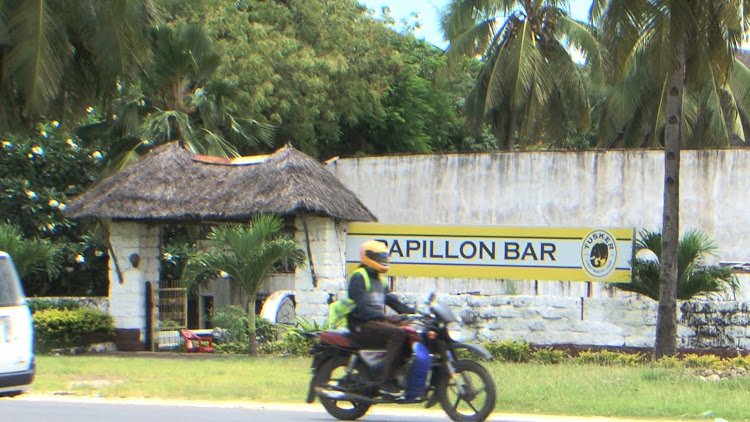 The DCI is investigating a lawyer over fraud involving property belonging to a Kenyan-based German tycoon.

Coast Director of Criminal Investigations Wellstone Njiru has said in two weeks, a senior counsel, an accountant and two foreigners will be charged with fraudulent transfer of shares of the founder of the Papillon Hotel in Bamburi.

A Mombasa senior counsel is alleged to have colluded with the son and daughter of Wilfred Guenter Herbert Osser and transferred the shares of the restaurant without Osser's consent.

Osser claimed he owned 78 per cent shares in the restaurant and he signed the lease on behalf of the company.

“Previously, he had 100 per cent shares but later transferred 25 per cent to his wife. Sometime in 1998, my client had a criminal case in Italy and was convicted to 10 years in prison," Osser’s lawyer Robinson Malombo said.

The counsel said throughout this period, both were represented by a senior counsel who is a partner in a Mombasa firm.

He alleges that the lawyer, Osser's children–Ronny Patrick Osser and Jeanine Notalie Boehling–forged the German's signature in the documents presented to the Registrar of Companies.

Njiru told the press that the DCI has involved other agencies including the Lands ministry, Registrar of Companies and Kenya Revenue Authority.

“We are also working closely with the Interpol to ensure other foreign suspects are charged,” Njiru said.

But Malombo said the changes in the register were effected illegally.

The suspects are purported to have transferred the shares without a valid resolution from the firm, consent of its directors and valid share transfer documents.

Osser alleges his children have not invested in the company and are enriching themselves at his expense "since it is his only investment of 30 years".

He denied allegations that he signed the document in 2005 as a director and shareholder saying he left the country for Germany in 1998 and came back in 2009 and that any document purported to be signed during that period was invalid.

Njiru said the investigation scope will backdate the earnings on the shareholder since 1998 and whether succession was paid according to governance and law.

He said the matter will be dealt with to ensure foreign investors are not scared from the country.

Investigations reveal the signature does not belong to Osser, the police boss said.