How Eliud Kipchoge completed INEOS challenge in under 2 hours

I’m feeling good. I have tried to inspire many people 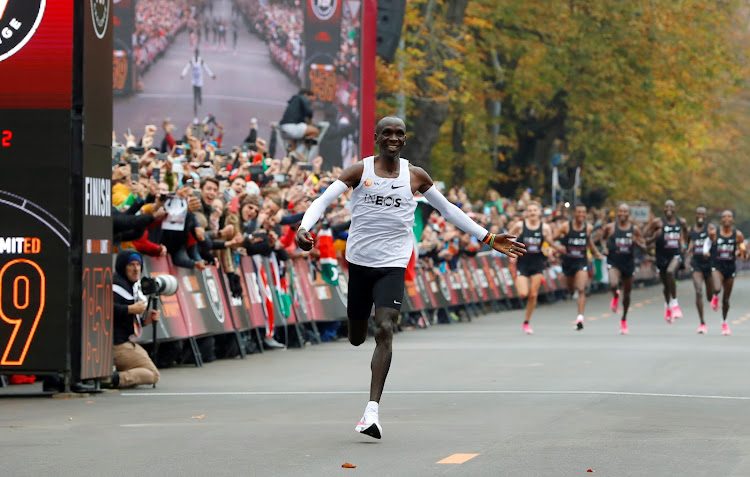 In just 14 minutes and 10 seconds, 5km were out of Eliud Kipchoge's way.

Kipchoge made sure he maintained the time difference by 14 minutes 12 seconds per every five kilometres.

He maintained the pace and covered another 5km in 14 minutes 12 seconds, pushing him to 1 hour 39 minutes and 23 seconds.

And within 6 minutes he closed the race at 1 hour 59 minutes and 40 seconds, creating history by becoming the first athlete to finish a marathon in under two hours.

“I’m feeling good. I have tried to inspire many people, you can do it. It’s dedication, it was a hard run,” Kipchoge said soon after finishing the race.

Kipchoge ran the first ever marathon under two hours in the Austrian capital of Vienna, two years since he fell 25 seconds short.

He had previously pushed the mark close in a similar attempt at the Monza Formula One racetrack near Milan in 2017.

Whereas Kipchoge lost steam in Italy and fell 25 seconds short despite a final kick, here he was on track right from the outset, aided by an all-star team of pacemakers and a pacing car.

Kipchoge won a gold in Rio at the 2016 Olympic Games.

Uhuru to Kipchoge: You've made history and made Kenya proud