But with the seat remaining vacant who will fit in his shoes?

• With the death of MP Ken Okoth, many residents have been left hopeless and living with fear.

• Known to have brought immense transformation in the area, Ken Okoth was the people's favorite in the slum. 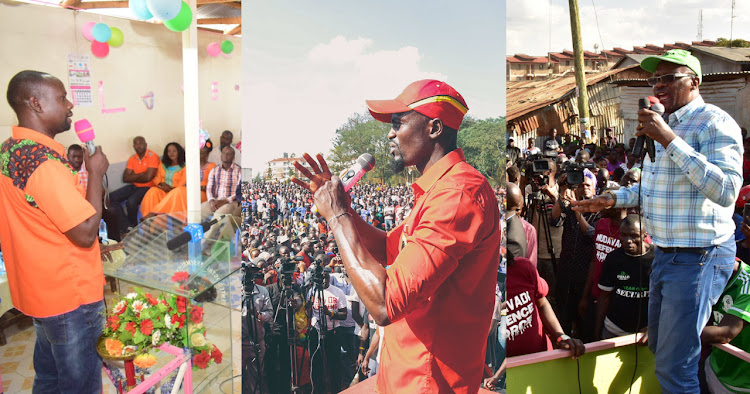 With thousands of residents living in dire poverty in Kenya's largest slum, Kibra, many have hopes that their living conditions will improve with the election of the next area MP.

With the demise of the immediate former MP Ken Okoth, many residents have been left hopeless and living with the uncertainty of their future.

Known to have brought immense transformation in the area, Okoth was the people's favourite in the slum.

The MP was renowned for his transformative leadership in Kibra Constituency.

He carried out his work with a zeal that saw even his sceptics identify his transformative leadership.

From his use of Constituency Development Fund under the motto Elimu Kwanza, the MP silently but consistently revolutionised education for the residents in the sprawling slum.

But with the seat remaining vacant who will fit in his big shoes?

IEBC cleared 25 candidates to battle out for the seat on November 7.

Many of the candidates have begun their campaigns in the slum in earnest as they woo constituents by selling their manifestos.

But how real is this? How doable is this? Are the pledges just for a show? Or are they just hunting for votes in the region.

As seen in many previous elections in Kenya, the candidates have dwelt much on what they would do but they are not saying how this would be done.

And when they say how it will be done, the pledges sound too unrealistic as happened with Mariga who said he would push for a quota for Kibra youth in KDF, prisons and police recruitments.

Jubilee candidate McDonald Mariga has however promised to continue where Okoth stopped especially in relation to education. 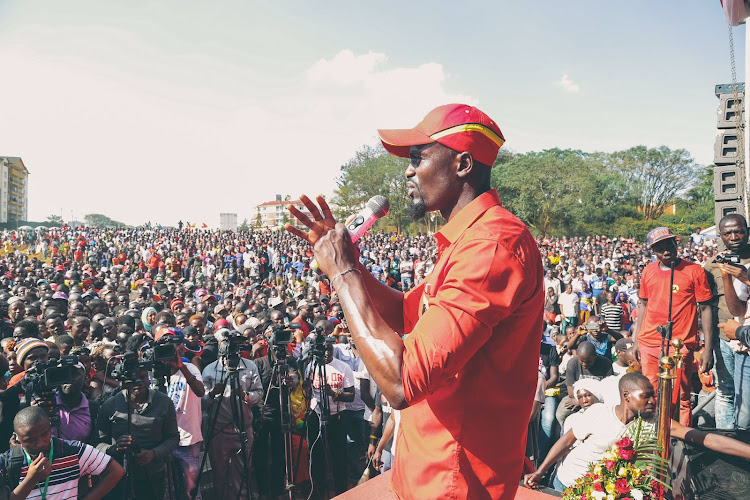 During a recent rally, Mariga said “It is important to ensure that the youth of Kibra get jobs and women have businesses to sustain themselves. On the environment, the drainage system needs to be worked on. I will ensure all of this."

Can he ensure that the drainage system is worked on?

After decades of neglect, the government recently built new roads with streetlights and deployed National Youth Service to clean up the garbage and build pit latrines.

But this has not yet made the slum as clean as it should be. Will Mariga manage to do this when he is elected?

When the latrines fill up, they drain directly into the watercourses that run through the settlement or are emptied into them.

My focus is service to Kibra not being boss - Mariga

Clean drinking water is also a scarce resource, often sold illegally and at much higher prices than in the rest of the city.

Successive governments have done little to invest in the illegal and unplanned settlement or bring services like piped water, clinics, schools and good sanitation in the area.

Mariga also pledged that every child living in the slum will get education and bursaries without discrimination.

Around 50% of those Kibera residents who have jobs are employed in nearby Nairobi, usually as cheap unskilled labour.

However, unemployment is still high, especially among youth. Others are being engaged in construction work through the NYS.

Since the introduction of the slum renewal project, more than 3,500 people have been employed.

The former footballer pledged to make sports a priority, adding that he would use his connections in the sporting world to link talented youth with international teams.

“I have played with many people from Kibra and they have talent,” he said. 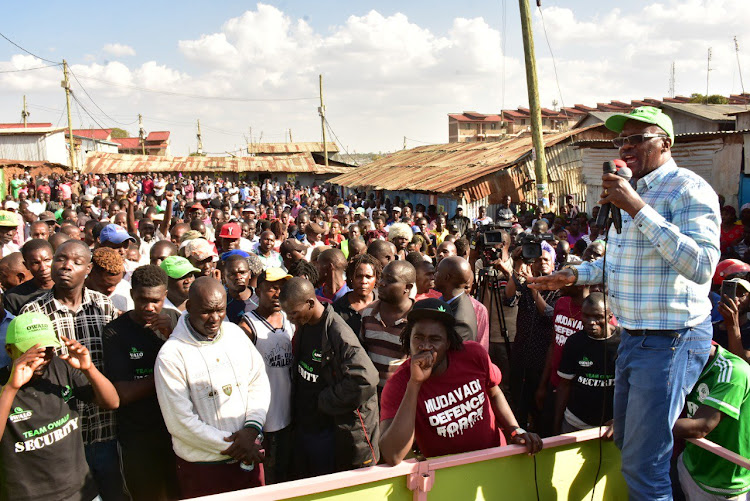 Owalo
ANC's Owalo: I am the right man to change the face of Kibra

Amani National Congress candidate Eliud Owalo promised Kibra people that he will ensure that Technical institute is set up in the area if elected.

He said that youths need to be advised to go for short courses which he said will help them to create more jobs.

Owalo also promised to boost the education sector in the area as well as promoting TVET institutions.

“I will augment the CDF Bursary efforts by facilitating the education of needy but bright and capable dependents within the Kibra Community. I will promote TVET programmes to harness the unexploited potential of the Kibra Youth”.

He has added that he will improve the surroundings of Kibra if elected as MP.

He promised to build sports and talent development centres for those who want to explore and nurture their talents.

Owalo also vowed to deal with land grabbing in Toi and the hawkers' market.

"We will also get buses for people who have funerals and need to transport the bodies home.". 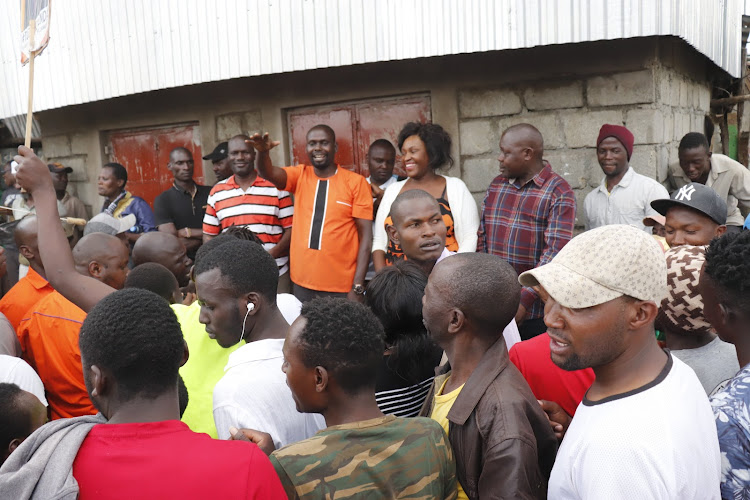 ODM candidate Benard 'Imram' Okoth has also been on the campaign trail in Kibra hunting for votes.

Imran was thrust into the limelight after Okoth called him last year and asked him to take charge of Kibra constituency's affairs because he had been told to seek medical treatment abroad immediately.

Imran appealed to the congregation to spread the word on his candidature to ensure that he reaches as many people as possible.

Imran Okoth: Could introvert turn out to be Kibra's dark horse?

"I cannot reach everyone and I am appealing to you to help spread the word. I am ready to ensure that we continue building on education and ensuring that all our children get bursaries," Okoth said.

Working to Imran’s advantage is the fact that he has been the "ears and eyes" of his brother on the ground for nearly three years when the late MP was unwell and especially when he sought treatment outside the country.

Imran served as Okoth’s personal assistant and was instrumental in bringing to fruition construction of new schools started by the late MP.

Among them is Mbagathi High School which was built from scratch using Kibra Constituency Development Funds (CDF). 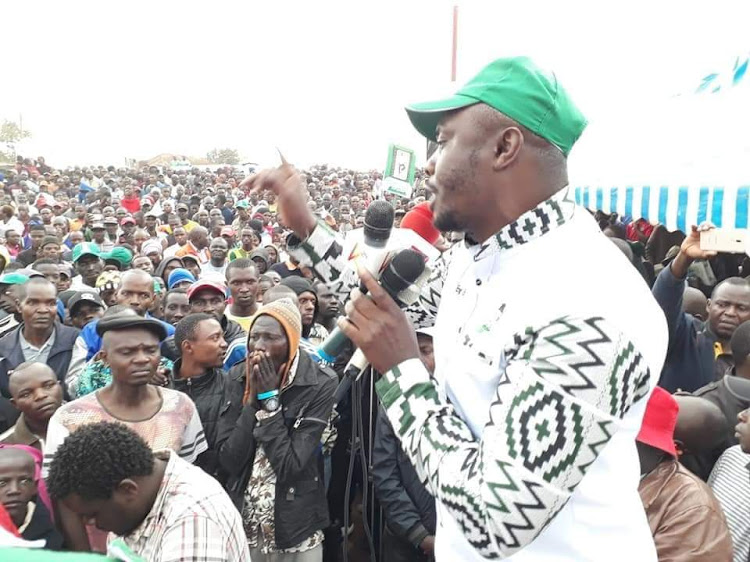 Wetangula said Butichi will be a people's servant and not the boss.

Butichi asked residents to come out in large numbers and vote for him "since he is development conscious".

He promised to ensure all children get bursaries adding that they will not be looking at children's name.

However, according to the IEBC, the constituency had 118,276 registered voters during the 2017 General Election.

Because of the high population, housing is inadequate and many residents are living in tiny, 12ft by 12ft shack rooms.

The rooms in some cases are built with mud walls, a ridged roof and dirt floor.

The small structures house up to eight people, with many sleeping on the floor.

With all these gaps in the slum, politicians have taken advantage of the residents with promises of making their lives better.

Race for Kibra seat should not be a desperate contest that must be won by any means.
News
2 years ago

Kibra: When and how by-elections are held in Kenya

By-elections affect the Members of the National Assembly, Senators and the Members of County Assemblies.
News
2 years ago
by NANCY AGUTU Deputy Digital Editor
News
30 September 2019 - 13:28