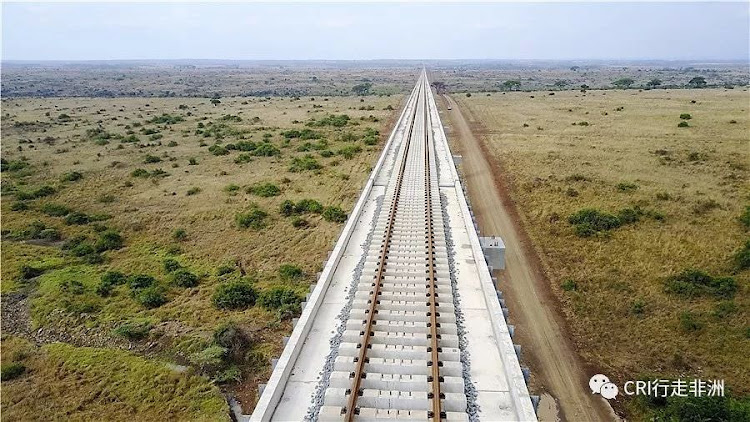 President Uhuru Kenyatta’s flagship mega projects have not had any significant impact on the country’s economic growth since 2013 when most were initiated, the Parliamentary Budget Office has said.

Over the past seven years, the government has been investing significant capital in mega projects such as the Standard Gauge Railway, lake and seaports, highways, airport expansion and rural electrification.

But the budget team, an advisory arm of Parliament on matters economics, flags the projects citing poor implementation and inherent weaknesses in appraisal resulting in delayed returns.

It is estimated there are at least 545 stalled projects on which Sh72.5 billion has so far been expended, most of them stretching beyond their completion dates.

The question by PBO is whether the government is spending on the right infrastructure. Economic growth has remained at more or less the same level since the financial year 2011-12.

Further, the budget office holds that the inefficiency in capital spending – evaluated through the country’s Incremental Capital-Output Ratio (ICOR) - has gone down.

ICOR is the measure of the amount of investment necessary to produce an additional unit of GDP growth. UNCTAD recommends an ICOR of three.

“This denotes declining efficiency in capital spending that can be attributed to either investing in the wrong projects, inherent inefficiencies in the investment process, poor utilization of funds and inflated cost of projects,” PBO says in its September report.

Uhuru’s administration currently has 2,050 active projects across various sectors with energy, infrastructure and ICT taking up about 970 ventures.

Of those, 825 infrastructure projects require Sh1.5 trillion to finalise while another 316 have been allocated Sh5.9 billion.

But the budget team raises concern that some of the ventures, mostly road projects, do not appear to be efficiently implemented owing to inadequate resources allocated to them.

“As such, they are doomed to fail before they even begin,” the PBO warns, advising that the best idea would be to implement them in phases which are adequately funded.

“The concerned entities should identify a few roads incrementally every year and provide them with adequate resources instead of trying to cover the entire country at once.”

The danger, the report states, is that such delayed projects would accumulate pending bills which is a downside risk to the actualization of the investments. The roads sector alone had Sh73 billion pending bills by the third quarter of 2018-19.

The budget team further warns that Uhuru’s Big Four agenda may not be achieved as the focus of the public investments is on quantity rather than quality.

Reports by the National Treasury show that Sh450.9 billion has been allocated in the 2019-20 budget for both drivers and enablers of the Big Four agenda, the drivers accounting for Sh76.7 billion.

The Budget office, in the 82-page report, says lack of a Big Four implementing master plan makes it difficult - though not impossible - to keep track of the development agenda.

For instance, the team observed that sectors such as agriculture and manufacturing continue to underperform owing to bottlenecks experienced by private sector players.

Trouble is that the entities have been hard hit by funding challenges as most commercial banks favour large-scale farmers to the disadvantage of small scale farmers.

“Food security in the country can be achieved if small farmers are given more credit so as to buy modernized farm equipment as well as fertilizers,” the PBO said.

The team calls for scrutiny of the subsidized fertilisers programme, saying it has not resulted in significant improvement in agricultural productivity.

“The intervention should target real farms and not shadowy intermediaries who make billions by obtaining government fertilizers at cheap prices and reselling them at huge markups,” the report reads.

The government targets to distribute of 107,500 metric tonnes of subsidized fertilisers to benefit 459,000 farmers this financial year.

For PBO, efficiency gains, not additional funding, is the key to effective implementation of government projects without further accumulation of debt.

This comes in the wake of the Treasury imposing stringent austerity measures to limit government spending in order to free the money for development.

The PBO further waters down assertions on economic growth saying it has not translated into improved livelihoods for the majority of Kenyans.

“Unless economic growth is accompanied by a structural transformation of the economy, low productivity (and the resultant low-income jobs) will continue to persist,” the budget team concludes.

It advises those keeping an eye on the budget to ensure that implementation of public projects in the current as well as the future financial years is robust enough to trigger a surge in productivity for more income.

The PBO asks MPs, in their budgetary oversight role, to focus on how effective the government is implementing road projects for which 8,245 kilometres are being worked on.

Parliament has also been asked to put a keen eye on the construction of 33km of SGR between Nairobi –Naivasha under phase II-A and rehabilitation of 30km of commuter rail within Nairobi.

Eyes will also be cast on the Mombasa port expansion project which involves completion of the second container terminal as well as the conversion of berths 11-14 into container berths.

The House has further been advised to check the progress of LAPSSET projects and development of northern corridor infrastructure with a focus on completion of the first three berths in Lamu port.

The budget office has also asked MPs to keep an eye on the construction of 400 computer labs in primary schools and construction of 70 technical training institutes as well as recruitment of 8,000 teachers.

The House will also check the progress of the Universal Health Coverage programme which is being piloted in Kisumu, Isiolo, Machakos, and Nyeri.