Cohen siblings: We could be killed if Sarah is released on bail

• They say they could easily be marked as targets for elimination given that they are prosecution witnesses and siblings to the deceased. 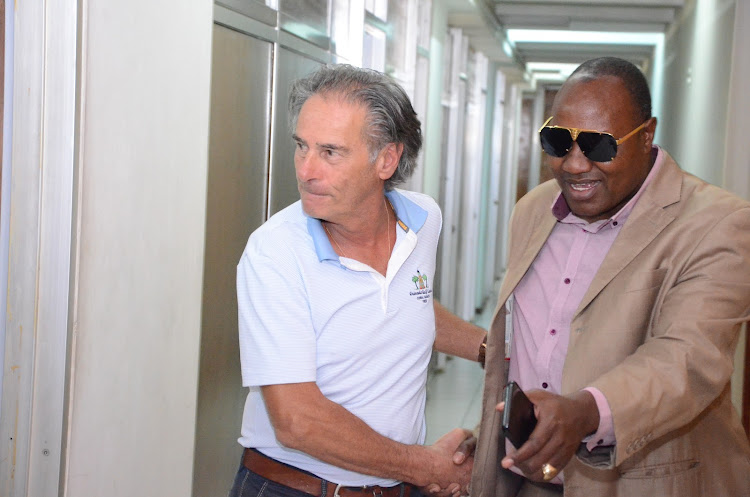 Relatives of murdered Dutchman Tob Cohen want his widow Sarah Wairimu denied bail "because we could be targets for elimination should she be free".

Benard Cohen and his sister Gabrielle Cohen, both blood siblings of the slain tycoon, have told the court in sworn affidavits that releasing Wairimu will pose a threat to their lives given the gravity of the crime she is accused of.

Wairimu, 52, is suspected to have killed her 71-year-old husband. She is yet to take a plea.

The police found Cohen's body in an empty water tank in his Kitisuru home compound, Nairobi, on September 13. He had been missing since July 19.

Cohen was buried on Tuesday according to Jewish rites.

According to the affidavits filed last Wednesday, Bernard and Gabrielle claim the nature of the offence committed and the ghastly manner in which it was executed, make them apprehensive that they could be marked as easy targets in reprisal, putting their lives in danger.

"As family members of the deceased, whom the applicant is suspected to have murdered, I'm apprehensive about my safety as a witness in the trial, should the applicant be released on bail.

Cohen also willed a huge sum of money said to be in hundreds of millions to his brother.
News
2 years ago
House budget team trashes Uhuru's mega projects

"I have a reasonable apprehension that given the gruesome manner in which the deceased person in this matter met his death, family members of the deceased could be targets for elimination," Benard and Gabriele say.

They also told the court that being direct family members of Tob as well as trial witnesses against Wairimu, they run the risk of being zeroed in on for possible elimination in the gruesome manner in which their brother Tob was tortured and executed should she be released.

Moreover, Cohen's siblings allege that Wairimu has the potential of interfering with witnesses as well as contaminating the evidence should she be released, citing the ruling by Kiambu Chief Magistrate Priscilla Gichohi who found her to have coached witnesses before.

"That in a ruling on September 2, 2019, by Kiambu chief magistrate P. Gichohi ... the court established that the suspect herein had interfered with witnesses and evidence, that having interfered with the said witnesses once before, there was no guarantee that she cannot do it again, and as such that alone was a compelling reason to warrant her detention and denial of the bail," the affidavit reads.

While ordering her 12 days detention at Muthaiga police station on September 2, Gichohi found Wairimu to have coached some witnesses to give false testimony on Cohen’s movement.

The witnesses, however, recanted their statements and gave the true account of events.

This was at the height of investigation on the whereabouts of Cohen who had been reported missing since July 19.

She cannot be trusted not to do it again, Cohen's siblings argue.

The ruling by the Kiambu chief magistrate also suggested that Wairimu may have had a direct role in the disappearance of her husband and his eventual grisly murder.

"It is highly probable that Cohen was kidnapped from his residence and taken by the suspect and her associates to an unknown place; the kidnapping probably turned out to be murder,” the ruling by the magistrate read in part. 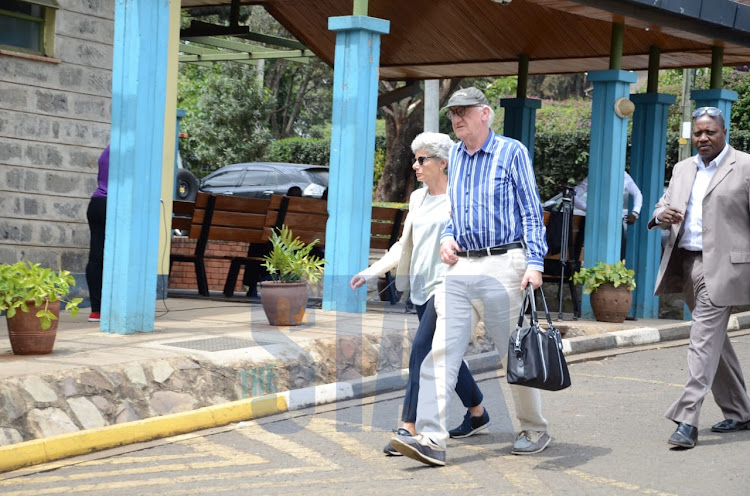 Bernard and Gabrielle also argue that instead of being released, Wairimu should ask her advocates to push for earlier hearing dates for expeditious conclusion of the matter so that if innocent, she can proceed with her normal life.

Wairimu's lawyers dismissed the allegations by the widow that an investigator by the name Clement Mwangi had sexually harassed her while in detention at Muthaiga Police station, saying no such report nor OB was recorded at any known police station.

They also took issues with the continued assertion by Wairimu's lawyer Philip Murgor that there was no evidence to warrant her being charged with murder.

They argue this does not just trivialise the enormity of the charge but also injuring the role of the court in weighing the probity of the evidence to be adduced.

"....the applicant is trespassing on this court's jurisdiction by alleging or rather making an assumption that there is no evidence to warrant the accused person to face a charge of murder as the court is yet to hear and make a determination in this case," they said.

In a replying affidavit, Wairimu dismissed the grounds of opposition by her in-laws for her to be released as falsehoods that are withdrawn from the realities on the ground.

She argues there is no evidence produced in court to depict the risk to life that her release on bail portends to her in-laws, holding that if anything, both Bernard and Gabrielle live outside the country and have no interaction with her whatsoever, hence no chances of harming them.

Further, Wairimu says that there is "absolutely no tension between myself, Gabrielle Hanna Cohen-van Straten and Bernard Cohen, except that which is fueled by certain investigating officers, prosecutors and interested parties like [former Gatundu North MP] Peter Muiruri."

She asserts that the cordiality between her and her in-laws is depicted by the fact they were able to amicably agree, devoid of any tension, to have her attend the postmortem analysis at Chiromo morgue as well as agreeing on the date, place and manner of the burial of her husband.

Further, she says, the conduct of the burial ceremony "was mutual and I paid tribute to my husband as did his brother Bernard Cohen" and that the occasion was peaceful, dignified and respectful save for outburst of hostility displayed by Muiruri.

Wairimu also holds that her being held in custody has limited her ability to pursue her allegations of sexual harassment against the named investigator. She believes this argument will whittle down the attempts by the two siblings to discredit her claim of being sexually harassed.

It is also disabling her to fight for her matrimonial property which she believes is being taken away from her.

She denied claims in the media that Cohen willed their 400 million house to his sister.
News
2 years ago