Only 31% of Kenyans aware of universal health project

The four pilot counties are Kisumu, Isiolo, Nyeri and Makueni

• Only 42 per cent of the people in the pilot counties is aware of UHC.

• 82 per cent of Kenyans has endorsed UHC as an important programme. 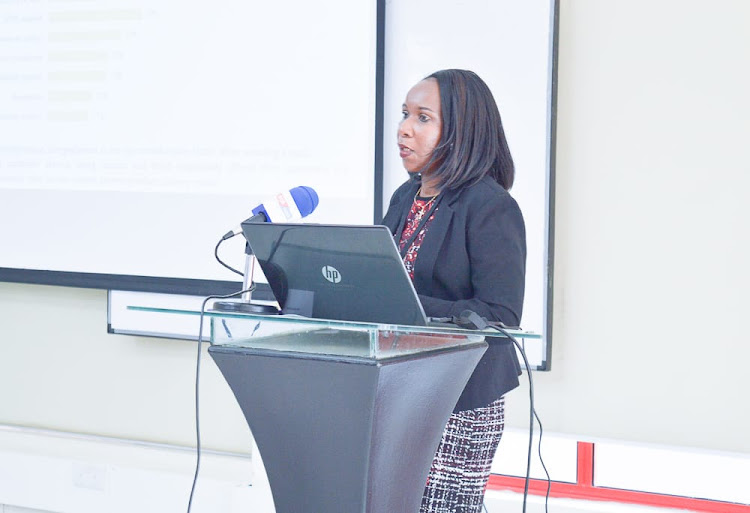 Only 31 per cent of Kenyans are aware of the Universal Health Coverage programme being piloted in Kisumu, Isiolo, Nyeri and Makueni counties.

A survey released yesterday shows that in the four pilot counties, only 42 per cent of the people are aware of UHC.

The 'Nationwide Perception Study on Universal Health Coverage in Kenya' found that the level of awareness of UHC is highest in regions with a UHC pilot county.

“The question then begs, how was the sensitisation done, so that the mothers and grandmothers can also know there is UHC?” Infotrak CEO Angela Ambitho said.

Ambitho said there is a need to increase efforts in creating awareness about the programme.

The UHC pilot programme was launched in December last year by President Uhuru Kenyatta and is in its ninth month.

UHC aimed to ensure every Kenyan has access to good quality health services without financial hardship.

The Survey was sponsored by People’s Health Movement-Kenya and conducted by Infotrak Research and Consulting between September 10 to September 14.

The poll was conducted using both telephone and face to face interviews with residents in the UHC pilot counties.

A representative sample of 1,200 respondents was interviewed in 24 counties.

A boost sample of 1,056 interviews were conducted in the four UHC pilot counties.

The highest level of awareness was recorded in Nyanza, Central, Eastern and Nairobi with 45, 40, 36 and 33 per cent respectively.

Awareness rate was the lowest among residents in the Northeastern region with just 13 per cent.

Eighty-two per cent of Kenyans have however endorsed UHC as an important programme and wish it could cover both outpatient and inpatient services in public and private healthcare facilities.

Rating of UHC importance was lowest in Nairobi and Coast regions.

Even though UHC is anchored on access and quality, the report shows that 64 per cent of Kenyans travels up to 3km to access the nearest public hospital.

“A majority (54 per cent) of Kenyan households spend up to Sh10,000 on healthcare services annually.

“Only four in 10 Kenyans (43 per cent) expressed their satisfaction with healthcare services received from public healthcare facilities,” the report states.

“In the last one year 57 per cent said they had not accessed a public health institution because they felt those facilities offer poor services and have inadequate personnel,” Ambitho said.

The government should also increase the facilities and the resources given to the healthcare sector at the grassroots and national level so that every Kenyan feels confident enough to use the public health facilities, she said.

Collins Liko from the People’s Health Movement urged the government to resolve the post-pilot financing arrangement before the end of the pilot.

He wants the government to determine and communicate whether UHC will be free or not.

“We are concerned by the opacity and unaccountable way in which the government, both county and national are handling the UHC agenda nine months into implementation,” he said.

Liko said although UHC rollout has dramatically increased insurance coverage, the insurance approach is primarily market-based and is limited in its capacity to address service gaps for people most excluded.

“Subsequently, the government should prioritise a tax-based financing model to ensure all Kenyans irrespective of socio-economic status or geographic location receive the healthcare services they need without suffering financial ruin,” Liko added.

Post a comment
WATCH: The latest videos from the Star
by MAGDALINE SAYA REPORTER
News
24 September 2019 - 06:00
Read The E-Paper