Several pupils have been trapped in the classroom after it collapsed on Monday morning.

• Red Cross and other teams are currently rescuing the pupils. 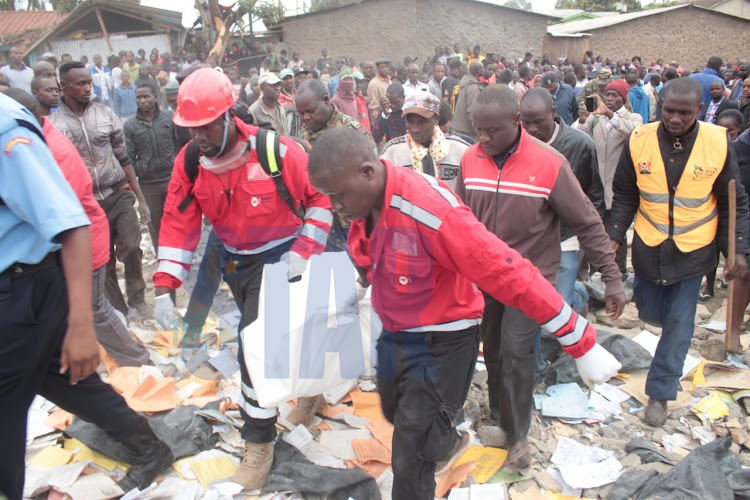 Seven pupils have died after a classroom collapsed on them at the Precious Talent School in Nairobi.

He said the two-storey building made of iron sheets and wood collapsed several minutes to 7.00 am. 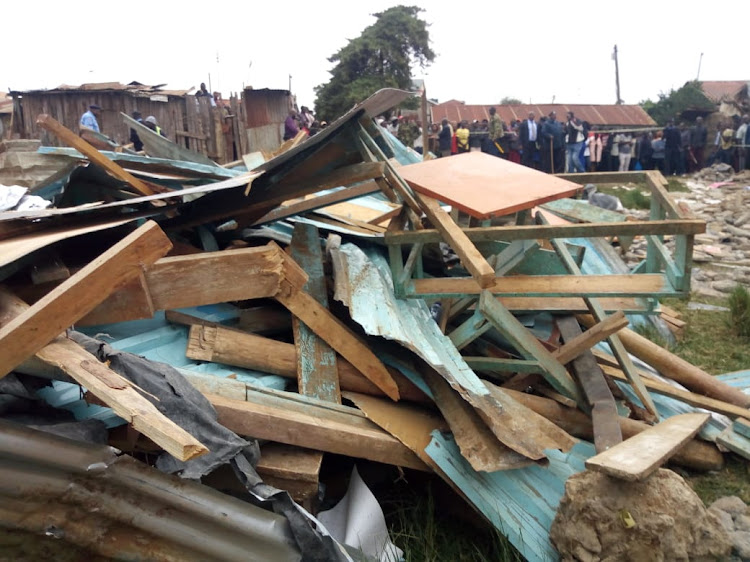 Rubble seen at the school./GEORGE OWITI

According to him, the upper floor which was made of concrete caved in and collapsed on the pupils who were in the lower classes.

He said each floor was made up of four classrooms.

"Currently we can confirm that four pupils have succumbed to the injuries at a local dispensary, while two more have been retrieved from the rubble," Majiwa said. 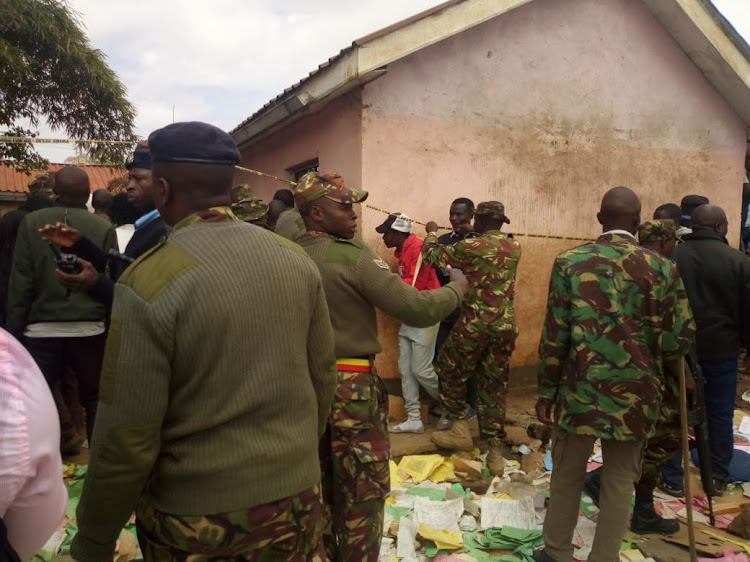 He said currently the rescue teams have managed to comb through all the rubble but will give detailed information later.

"The weight could not sustain the old construction. The situation is well contained as of now," he said.

As bodies were being removed from the rubble, parents who had reached the scene were seen wailing.

Wiping uncontrolled tears in their eyes, the parents held their heads as they registered their sadness to police. 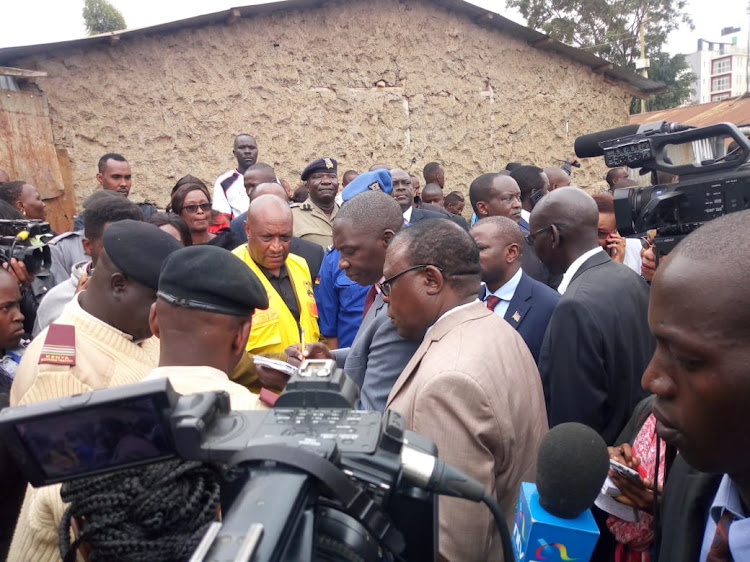