Wairimu, regarded as a prime suspect, will take a plea on September 26.

• Cohen, 71, was reported missing on July 19 with his phones switched off.DCI detectives failed to locate him. 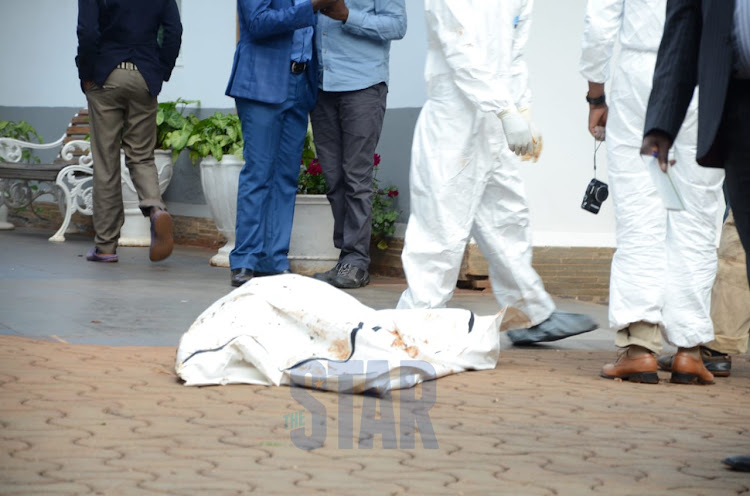 The body of the Dutch tycoon Tob Cohen after being discovered by Dutch detectives at his home in Spring Valley, Nairobi on Friday, September 13, 2019.
Image: DOUGLAS OKIDDY

Detained Dutch tycoon Tob Cohen's widow Sarah Wairimu will be allowed to attend the postmortem examination of her husband's body.

High Court judge Stella Mutuku on Wednesday ordered that Wairimu be escorted by police from Lang'ata Women's prison to Chiromo mortuary where the exercise is set to be conducted.

Her lawyer Philip Murgor made the application for the order on Tuesday.

The exercise was initially slated for Monday but delayed to Tuesday.

It was further delayed to Wednesday after the defense objected to government pathologist Peter Ndegwa presiding, claiming he would biased.

Cohen's body was taken to Kenyatta National Hospital for CT scan on Tuesday night to determine body injuries, if any.

Wairimu, regarded as a prime suspect, will take a plea on September 26. She denies she killed her husband who filed for divorce in court.

Cohen, 71, was reported missing on July 19 with his phones switched off.DCI detectives failed to locate him.

His body was found in an underground water tank at his Kitisuru home last week.

His wife Wairimu was arraigned on August 22 over links to his disappearance.
News
2 years ago