NUMBERS DO NOT LIE 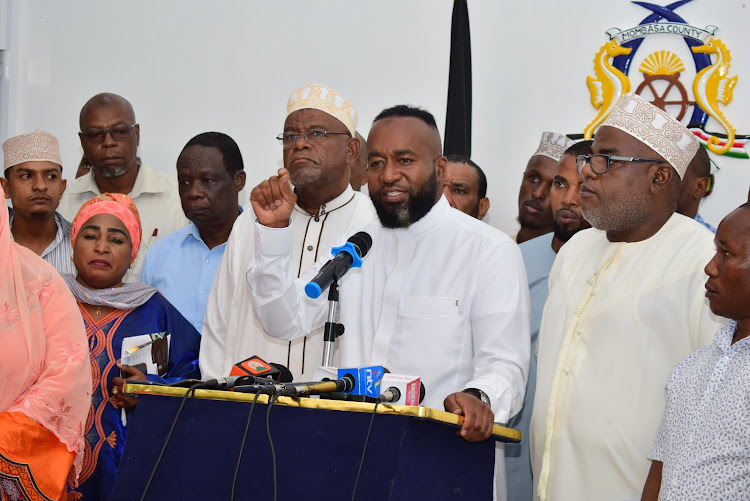 The use of SGR freight services has a high negative impact on the economy of the Coast, a study by the University of Nairobi shows.

Mombasa has reached a point of “economic decay” because of the impact of SGR freight services, according to the report released on Friday.

The SGR will has destroyed employment, security, health and societal bonds.

Over 8,000 people directly employed in the container freight stations (CFSs) as truck drivers, clearing agents and suppliers are staring at job possible losses.

The survey, commissioned by Mombasa Governor Hassan Joho and other coastal leaders, was undertaken between August 27 and September 14 last year.

Dr Ken Ogolla from the UoN who was the lead researcher said the findings should inform the national and county governments on the consequences of the project.

“I wish to report that the we have established a very negative impact on employment, security matters, effect on health and related services, and the breakage of societal bonds because of the SGR operationalization,” Ogolla said.

He spoke during a press conference at Joho’s office.

“We have also established a significant level of negative impact on the economy of the port city of Mombasa. We have actually reached what we call an economic decay point,” he said.

According to the Kenya National Bureau of Statistics, in 2018 Mombasa’s contribution to the national GDP was Sh2.06 billion.

Mombasa was the fourth largest contributor after Nairobi, Nakuru and Kiambu.

“In the Sh2.06 billion collected in Mombasa, the transport sector was the highest contributor at 23 per cent, followed by manufacturing, real estate and construction contributing 16, 12 and 10 per cent respectively,” reads part of the UoN report.

The survey recommends that local leaders should lobby for policy alignment to allow market forces to operate freely.

It also recommends that the national government should fast track alternative investment, including the Dongo Kundu Special Economic Zones.

Joho said: “Numbers do not lie. That is why we called for a scientific research on impact of the SGR so that we can present our case on an informed perspective.”

He said the directive issued by government that all cargo must be transported by the SGR must be lifted immediately, because this can only be described as “total shut down of Mombasa’s economy.”

“There is no legal basis for a directive to be issued that all cargo must be transported on SGR. Therefore, the directive must be lifted immediately.”

He said they are not opposing the SGR but there should be consultation on how government can raise money to pay back the debt without necessarily affecting one region of the country.

“We have a proposal that we should review the Railway Development Levy, which is now at 1.5 per cent, could be increased so that we are able to pay the debt faster,” Joho said.

Joho, who was flanked by other coast leaders during the press conference, said Mombasa and other towns are becoming ghost towns because of loss of business.