Is Mariga a registered voter? What the law says

IEBC is required by law to issue an acknowledgement slip to a registered voter.

• Mariga's name showed up neither in the manual register nor in the IEBC Electronic Voter Identification system.

• It is the possession of an acknowledgement slip that Mariga has argued that he is a registered voter. 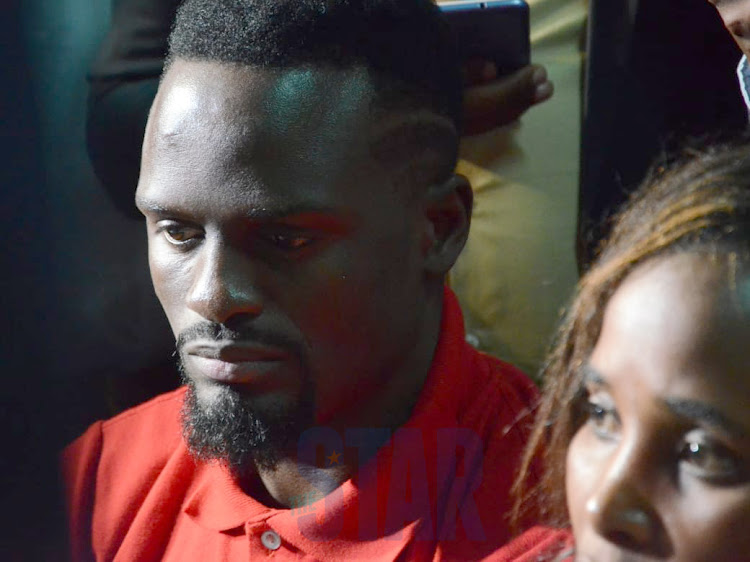 A distraught McDonald Mariga on Tuesday left the IEBC nomination hall unclear on whether he would get into the ballot for the November 7 Kibra by-election.

For a man who is just getting to learn how to navigate political waters, a visibly shocked Mariga was informed that his name was missing in the voter register.

IEBC returning officer Beatrice Muli told the former Harambee Stars player that his name did not show up either in the manual register nor in the IEBC Electronic Voter Identification system.

And as it now stands, he has to lodge an appeal with the IEBC for a chance to face off with 23 other candidates in the by-election.

This case has raised questions on what the law specifically says in relation to one being a registered voter as well as qualifying for elective office contests.

According to the Constitution and the Elections Act, one must be a voter to contest for an elective office.

So how does one become a voter?

Article 38 (3) of the Constitution gives every adult Kenyan the right to vote while the Elections Act specifies matters related to becoming a voter and the voter register held by the IEBC.

Section 5(1) of the Elections Act requires that the registration of voters is carried out at all times except during elections.

For General Elections, registration of voters cannot be done "between the date of commencement of the 60-day period immediately before the election and the date of such election."

For by-elections, such as Kibra, registrations of voters cannot be done in that electoral area "between the date of the declaration of the vacancy of the seat concerned and the date of such by-election."

While gazetting the Kibra by-election, the IEBC said that it will re-open the voter registration in that area on November 13.

For a referendum, voter registration cannot happen between the date of the publication of the referendum question and the voting day.

Section 5(3) of the Elections Act says that any citizen of Kenya who has attained the age of eighteen years as evidenced by either a national identity card or a Kenyan passport and whose name is not in the register of voters shall be registered as a voter upon application, in the prescribed manner, to the Commission.

The registration procedure is outlined in Section 13A of The Elections (Registration Of Voters) Regulations, 2012 - subsidiary legislation to the Elections Act.

It requires that a person who applies to be registered as a voter shall present his or her identification document to the registration officer stationed at a Registration Centre of his or her choice.

"The registration officer shall, where the applicant is qualified to be registered as a voter, issue the applicant with Form A as set out in the Schedule," Section 13A(2) states.

"The applicant shall be issued with an acknowledgement slip upon registration," Section 13A(2) concludes.

It is the possession of an acknowledgement slip that Mariga has argued that he is a registered voter.

Mariga and his supporters are blaming the IEBC for failing to update the voter register to have his name captured.

Section 8 of the Elections Act requires that the electoral body maintains an updated register of voters.